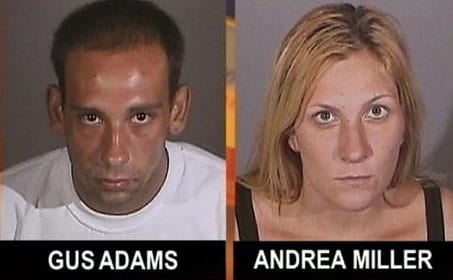 Even though Adams didn’t pull the trigger, he is still facing charges for Miller’s death.

An 80-year-old man living in the Long Beach neighborhood of Bixby Knolls shot and killed a woman who claimed she was pregnant after he returned home Tuesday night to find her and a man had broke in, ransacked his home and then attacked him.

“When I went in there, they tackled me,” Tom Greer told a local NBC affiliate the day after the incident. “Both of them jumped up on top of me.”

The two intruders had completely trashed the man’s home, presumably looking for valuables to steal, and after attacking him, continued to break into a safe, ripping the door right off.

But little did the duo know, that as the 80-year-old man lie on the floor, he grabbed his .22-caliber Smith & Wesson revolver.

“I come back and they see me with a gun, and they run,” he said.

The man took off, leaving the girl behind. And as she ran in an alleyway beside the house, Greer chased after her. Apparently the woman begged for mercy, but Greer wasn’t moved.

The woman then dropped to the ground.

Authorities later identified the female as 28-year-old Andrea Miller, and an autopsy later revealed that Miller was not in fact pregnant as she had claimed. 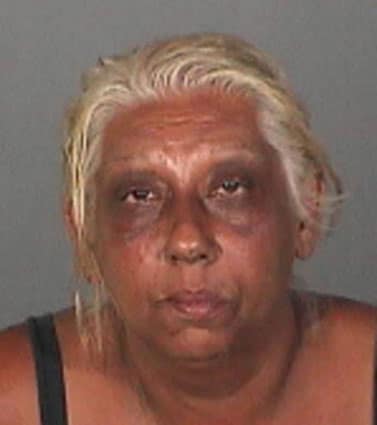 Turns out the break-in was a family affair.

Greer was unapologetic for his actions. He admitted he had never shot anybody before, but wouldn’t hesitate to do it again. And he hopes that the shots sent a clear message to her accomplice or anyone else thinking of breaking into the man’s home.

“I shot her so that’s going to leave a message on his mind for the rest of his life,” he said.

The man Greer spoke of was identified as 26-year-old Gus Adams. He now faces charges for residential robbery as well as murder. State laws determine that Adams can be charged for Miller’s death because it occurred while the two were in the process of committing a felony. If convicted, Adams could face life in prison. He’s currently being held on a $1.1 million bail.

In addition, authorities also discovered that a third person was involved in the burglary – Adam’s mother, 49-year-old Ruby Adams. She is expected to face formal charges next week.

George Romero, who lives next to Greer and calls him a “nice, old man,” told CBS Los Angeles that crime is increasing in the area and Greer has been a burglary victim several times in the past.

“I remember the first break-in. They literally tore down the front door,” Romero said. “And that’s where I came in and met him. I said, ‘Hey, what’s going on? You okay?’ And ever since then, we’ve been acquaintances.”

Greer suffered from a broken collarbone and injuries to his shoulder.

Authorities say the incident is still under investigation and it’s unclear at this time if Greer will face any charges.

Royal Oakes, a legal analyst for NBC, points out that there is many elements in the case to consider.

“On the one hand, a frail man in his eighties, he’s been attacked in his own home by intruders, he has a right to self defense,” he said. “On the other hand, he did shoot a person who was trying to get away, so he wasn’t in imminent danger himself, and the law says you can’t shoot somebody under those circumstances.”