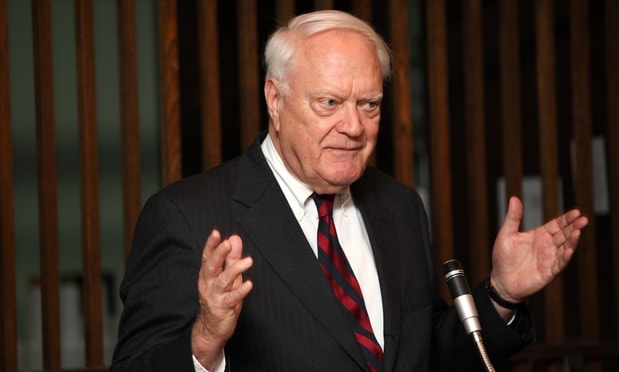 A Federal Court of Appeals overturned a 2011 injunction Friday won by Florida doctors against a state firearms owner’s privacy law.

The suit, brought in part by the Florida chapters of the American Academy of Family Physicians and the American Academy of Pediatrics, had won an injunction by a lower court in what became known popularly as the “Docs vs. Glocks” case. That injunction was struck down this week in a 2-1 ruling by a panel of judges from the U.S. Court of Appeals for the Eleventh Circuit in Atlanta.

“We find that the Act is a valid regulation of professional conduct that has only incidental effect on physicians’ speech,” wrote Circuit Judge Gerald Tjoflat for the majority in the mammoth 161-page ruling in the case of Wollschlaeger v. Governor of the State of Florida published Friday.

The case dates back to 2011 when Florida Gov. Rick Scott, a Republican, signed the Firearm Owners’ Privacy Act into law that discouraged health care workers to ask patients questions about firearms that were not directly relevant to the patient’s medical care or safety. Violations of the law could trigger fines, restriction of practice, return of fees, probation and suspension or revocation a health care professional’s medical license by the state.

The act had been passed by the Florida legislature following a series of complaints from patients that medical personnel were asking unwelcome questions on firearms ownership during interviews. In one case mentioned in the complaint, a health care provider falsely told a patient that disclosing firearm ownership was a Medicaid requirement. In another, a mother was separated from her children while medical staff asked the children whether the mother owned firearms.

However, just four days after Scott signed the new law, a number of physicians filed suit in U.S. District Court against the state, arguing that the new measure would violate their First and Fourteenth Amendment rights. The argument garnered an injunction by the court from U.S. District Judge Marcia Cooke to prevent most of the provisions of the act from taking effect. This injunction was upheld by the court on a permanent basis in 2012, which led the state to successfully appeal it to the Eleventh Circuit.

Tjoflat, a 1975 appointment by President Gerald Ford, explained that the court found “[t]he Act simply codifies that good medical care does not require inquiry or record-keeping regarding firearms when unnecessary to a patient’s care.” He went on to explain that so long as a health care provider acted “in good faith within the boundaries of good medical practice” that they had no reason to fear the new Florida law.

“Regardless of whether we agree with the message conveyed by doctors to patients about firearms, I think it is perfectly clear that doctors have a First Amendment right to convey that message,” wrote Wilson in his dissent.

The American Civil Liberties Union of Florida, whose executive director Howard Simon in a release stated, “We are astounded that a court would allow the legislature to override the free speech rights of doctors and medical personnel,” in support of Wilson’s views

Gun rights advocates in the Sunshine state see this case as a big win for the Second Amendment.

Hammer continued, saying “When the court said that the legislation ‘simply codifies that good medical care does not require inquiry or record-keeping regarding firearms when unnecessary to a patient’s care’ — they nailed it.”