Arsenal SLR-107FR rifles are back in stock! 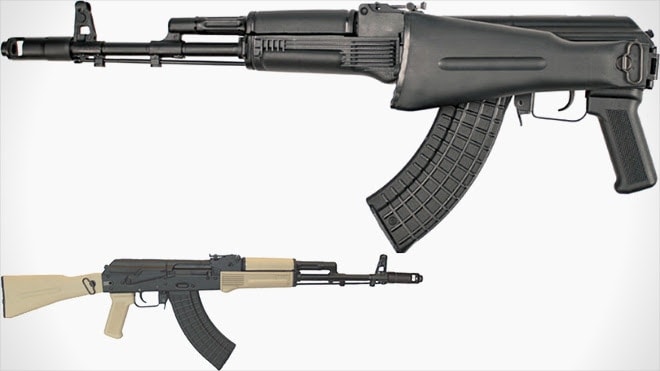 Arsenal has announced the return of its flagship 7.62x39mm rifle, the SLR-107FR. This rifle is, and has been for years, the closest Americans can get to owning their own AK-103.

With many consumers concerned with the recent sanctions against the Kalashnikov Concern a lot of people have been saying this is the end of the AK. Arsenal’s quick to point out that couldn’t be farther from the truth with its SLR-107FR and other top-tier AK-pattern rifles.

Arsenal has a strong history of providing the best complete AK rifles and while some of them were based on Kalashnikov Concern products, the main lineup is based on Bulgarian guns and isn’t affected by any government sanctions.

The SLR-107FR is a military-grade semi-automatic manufactured in Las Vegas, utilizing only the best and authentic Arsenal factory components. It’s built on an Arsenal of Bulgaria 1mm stamped receiver and cold hammer forged, hard chrome-lined barrel. The barrel has a 1-in-9-inch twist and four rifle grooves.

In all respects these are as well-made as the original, and probably made with a little more care. Arsenal has always been a first name in AKs and the SLR-107FR is a big part of that.

The handguard is complete with a stainless steel heat shield, a rear leaf sight graduated out to 800 meters and a compartment in the buttstock for a cleaning kit.

It has a standard front sight block with a bayonet lug and 24×1.5mm right-hand threads for the removable muzzle break. The receiver has a side rail for mounting optics.

Every SLR-107FR comes with one 10-round magazine, a sling, an oil bottle and a cleaning kit. The SLR-107FR is offered with black and desert tan polymer furniture.

If you had heard that the sanctions against Russia meant the end of authentic AK-pattern rifles that’s simply not the truth. Many companies have been importing and manufacturing military-grade AK rifles and Arsenal makes some of the best. That includes Kalashnikov Concern-made Saiga conversions.

The SLR-107FR weighs in at 7.3 pounds unloaded and has an overall length of just under 37 inches. The rifle measures a little over 27 inches folded and has a 16.25-inch barrel.

The full specifications are available on the Arsenal product page. If you’re interested in picking one up they’re priced right at $999, which is a steal considering what people are currently selling their used Saigas for.