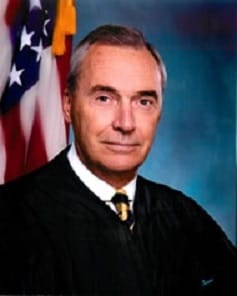 Following a five-year legal battle in the case of Palmer v DC, a federal judge Saturday struck down the District of Columbia’s ban on carrying guns outside the home.

The suit, Palmer v District of Columbia, was brought in 2009 by four plaintiffs who were refused firearms permits by the Metro Police Department since they noted on their applications that they would carry their handguns in public for self-defense. Backed by the Second Amendment Foundation and helmed by Alan Gura, the attorney responsible for the landmark case before the Supreme Court, Palmer was heard by the U.S. District Court for the District of Columbia in January 2010. Now, after a more than five-year saga, U.S. District Judge Frederick J. Scullin has finally handed down his decision.

“In light of Heller, McDonald, and their progeny, there is no longer any basis on which this Court can conclude that the District of Columbia’s total ban on the public carrying of ready-to-use handguns outside the home is constitutional under any level of scrutiny,” penned Scullin, a President George H.W. Bush appointment, in his 19-page ruling.

Scullin holds that the Seventh Circuit Court of Appeals found in another SAF/Gura case, Moore v Madigan, a blanket prohibition on carrying guns in public prevents a person from being able to defend themselves when not in the home. As such, he agreed with the plaintiffs that the ban in the nation’s capital curtailed and burdened the Second Amendment’s right to bear arms. This, according to Scullin, gave him no choice but to find the District’s current form of gun regulation legally preempted.

“Therefore, the Court finds that the District of Columbia’s complete ban on the carrying of handguns in public is unconstitutional,” wrote Scullin from his bench in Syracuse where he sits on the U.S. District Court for the Northern District of New York. “Accordingly, the Court grants Plaintiffs’ motion for summary judgment and enjoins Defendants from enforcing the home limitations of D.C. Code … unless and until such time as the District of Columbia adopts a licensing mechanism consistent with constitutional standards enabling people to exercise their Second Amendment right to bear arms. Furthermore, this injunction prohibits the District from completely banning the carrying of handguns in public for self-defense by otherwise qualified non-residents based solely on the fact that they are not residents of the District.”

This finding, in a rare Saturday release by the courts, was celebrated by Gura.

“With this decision in Palmer, the nation’s last explicit ban of the right to bear arms has bitten the dust,” the attorney wrote in his blog. “Obviously, the carrying of handguns for self-defense can be regulated. Exactly how is a topic of severe and serious debate, and courts should enforce constitutional limitations on such regulation should the government opt to regulate. But totally banning a right literally spelled out in the Bill of Rights isn’t going to fly.”

Although the court’s ruling takes affect immediately, making D.C. — for now at least — a constitutional carry jurisdiction, District officials are already vowing to fight against such an outcome. Sunday the District’s attorney general’s office announced they are seeking an emergency stay so that Scullin’s order will not be in effect for long while they plan an appeal.

“Its time of effectiveness could be very short,” Ted Gest, the spokesman for the D.C. attorney general’s office told theWashington Times.

In the meantime, according to Emily Miller at Fox News, long with her finger on the pulse of the District’s unique take on guns, the Metro Police Department has been given orders to recognize valid, out-of-district concealed carry permits.