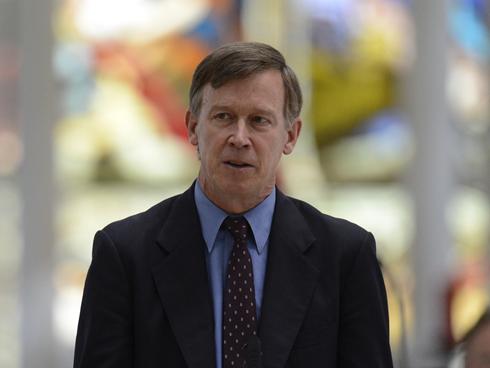 One year after implementing an expanded background check law in Colorado, lawmakers are now learning that the data that served as a basis for the law was grossly inaccurate. As it turns out private transactions make up 7 percent of all gun sales as opposed to the 40 percent they originally thought.

Critics of the measure, which led to gun companies such as Magpul leaving the state as well as a historic recall election, contend that it has not performed as promised.

Primarily, supporters before the measure was passed through the state legislature argued that as much as 40 percent of firearms transfers in the Centennial State were performed as private sales between two individuals without a federally mandated background check performed. These transfers therefore became the target of the bill, which required virtually all gun transactions to have the parties involved vetted through the Colorado Bureau of Investigation.

Now, a year later, it seems that the 40 percent figure may have been overly optimistic. Prior to passage the state Legislative Council Staff report contended that as many as 200,000 new checks would be performed in the first year of the expanded background check requirement. To accommodate the expected rush of background checks, the legislature allocated an additional $3 million over a two-year period to the CBI budget.

However figures from the CBI show that just 13,600 were done in the first 12 months of the law being in place. The discrepancy between the estimate and the reality of how many new gun transfers were added by the state’s law has some Republican lawmakers crying foul.

“Nothing good came of the passage of the law, except we found out just how anti-gun Democrats in Colorado are,” state Sen. Greg Brophy (R-Wray) told the Associated Press.

According to research by the AP, the estimate came from an assumption by the LCS that nearly an additional 40 percent of 331,000 known firearm transfers in Colorado occur between private individuals who were at the time not subject to background check requirements. The LCS based their projection on a 1997 National Institute of Justice report written by Philip Cook of Duke University and Jens Ludwig of the University of Chicago. The report used data from a 1994 telephone poll of just 251 people whose methodology has been considered flawed by the Washington Post’s fact-checker.

This has led gun rights groups to further denounce what they see as ineffective legislation.

“Colorado’s expensive foray into background check expansion should serve as a warning to state and federal legislators as to the limited effect these laws can have, and the importance of collecting the ‘basic facts’ before crafting legislation that inhibits the rights of their constituents,” reads a statement from the National Rifle Association’s Institute for Legislative Action.

State lawmakers on both sides of the aisle are promising to look into the possible waste of funds, with Rep. Rhonda Fields (D-Aurora) one of the original sponsors of the legislation stating, “I’m going to be asking some questions because I want to be a good steward of our tax dollars.”