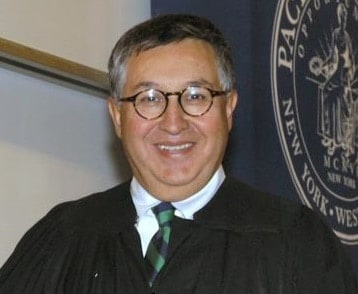 The controversial 2011 requirement by the Bureau of Alcohol, Tobacco, Firearms, and Explosives for gun dealers along the U.S.-Mexico border to report two or more rifle sales made within five days has been upheld by a federal court Monday.

The case came after a letter was issued to Federal Firearms License holders in Arizona, California, New Mexico and Texas that instructed them to report to ATF whenever, during a five business day period, the same eligible buyer purchases two or more semi-automatic rifles chambered higher than .22 caliber. The stated purpose of this tactic was to garner intelligence to prevent gun trafficking into Mexico and had been suggested as early as 2010 then implemented after the controversial “Fast and Furious” operation was exposed.

A group of FFL holders in New Mexico challenged the requirement in court, claiming that the ATF did not have the authority to require such reporting. The case had been summarily judged in the government’s favor by a district court and sent to the U.S. Court of Appeals for the Tenth Circuit on review. There, on Monday, a unanimous panel of three judges again upheld that the ATF could require the reporting.

“There is likewise no support for Appellants’ argument that the demand letter requires FFLs to keep records ‘in a manner in consistent with the regulations’,” wrote U.S. Circuit Judge Carlos F. Lucero, a President Clinton appointment, for the panel in their 28-page order. Joining Lucero was Senior Judge Monroe G. McKay, a President Jimmy Carter appointment and Judge Scott M. Matheson, recently appointed by President Obama in 2010.

Lucero wrote that the panel found much precedent for their decision, stating, “The Fifth and D.C. Circuits, like the district court, have already rejected Appellants’ arguments, and additional circuits have rejected similar claims in upholding previous ATF demand letters. We concur in these conclusions.”

The plaintiffs, represented in part by noted Second Amendment scholar Stephen Halbrook, who gained recent attention for his Heller II case, further argued that the reporting requirement by ATF could lead to a national gun registry, which would be in violation of the Gun Control Act of 1968. The court dismissed this by contending the ATF only seeks a narrow subset of gun purchases, not blanket gun sale information, and that the information would only be held for two years then purged if not linked to a recovered weapon trace.

Lucero further noted that there was a “rational connection” between the information the ATF wanted from FFLs in Mexican border states, stating that a 2009 GAO report on firearms trafficking concluded that 70 percent of firearms traced back to the U.S. from Mexico came from the targeted areas.

Update 8/1/14 : Stephen P. Halbrook provided Guns.com with the following statement on the case of Peterson v ATF via email :

The Firearms Owners’ Protection Act of 1986 allows ATF to issue a demand letter to require an FFL to report record information required by law or regulation, and prohibits any reporting beyond that.  Required records do not include status of a rifle being semiautomatic with a detachable magazine sold within 5 days.  The court’s decision simply ignores this.  It also underrates the Act’s protections against any system of registration of firearm owners.  The decision is being studied for whether to appeal further.