The Jewish Federation of Greater Seattle is calling for the resignation of a National Rifle Association-area spokesman after he criticized Jewish people for supporting gun control.

During a July 23 rally to raise awareness of an upcoming vote on gun control measure I-594, NRA lobbyist Brian Judy was recorded comparing the universal background check bill to steps taken by the Nazis to strip Jews of their humanity.

“[T]hese people, it’s like any Jewish people I meet who are anti-gun, I think, ‘Are you serious? Do you not remember what happened?’ And why did that happen? Because they registered guns and then they took them. And now you’re supporting gun con – you come to this country and you support gun control? Why did you have to flee to this country in the first place? Hello! Is anybody home here? It’s just – I don’t know,” Judy said. 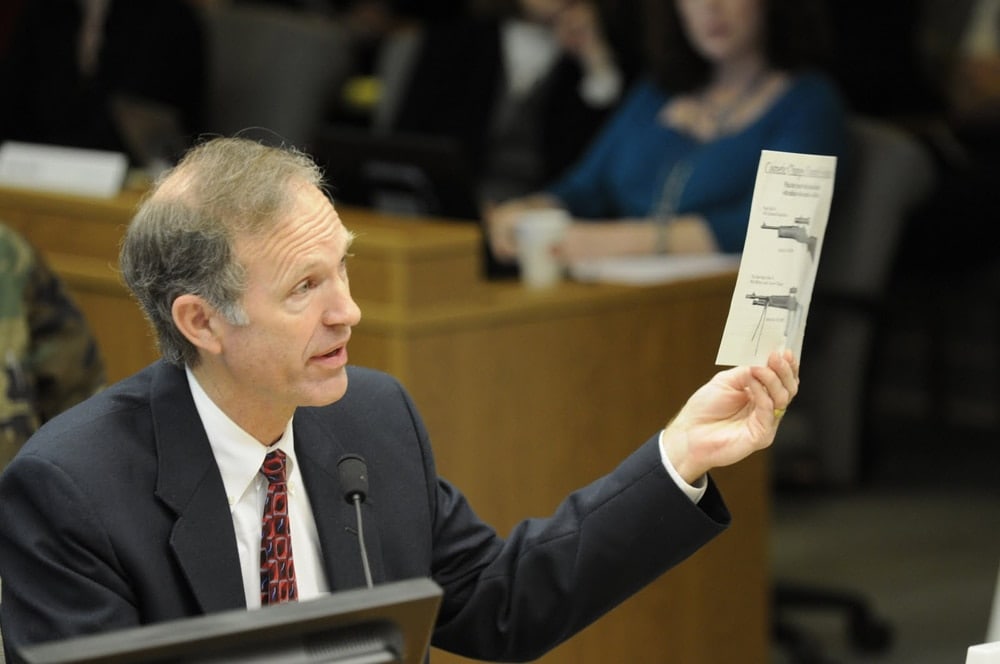 Shortly after the audio track, published by the blog HorsesAss.org, surfaced on July 28, the Jewish Federation released a statement calling for Judy’s resignation.

“It is deeply offensive for anyone to suggest that Jewish supporters of gun violence prevention have ‘forgotten’ the history of our people,” the group said. “For a representative of the National Rifle Association, or any organization, to repeat the out-of-touch falsehood linking gun violence prevention to Nazi Germany and the Holocaust is not only an ignorant distortion but is exceedingly dangerous.”

Guns.com reached out to the NRA for comment on Judy’s resignation, but has yet to receive a response.