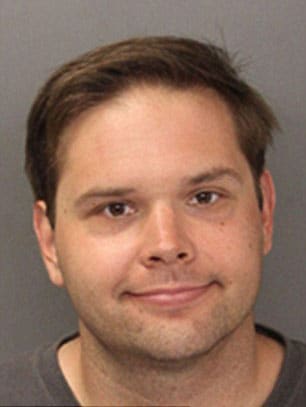 “A sex offender? I had no idea,” said a co-worker of the suspect. “He smoked electronic cigarettes with me. We just made small conversation. The weather, how are you doing, the usual stuff.” (Photo credit: San Diego Police Department)

An exchange of gunfire this afternoon at a smoke shop in Manhattan between a suspected child molester and the federal fugitive task force attempting to execute a warrant ended with the suspect and three officers being shot, the New York Times reported.

The suspect, 36-year-old Charles Mozdir, died from his injuries. The injured law enforcement officers, which included two U.S. Marshals and a New York City police officer, are expected to survive.

“We pray everything we are hearing is true and that these officers will be OK in the long run,” said New York Mayor Bill de Blasio.

Mozdir, who was a former wedding photographer, had been on the run from authorities for more than two years following a failure to appear for an arraignment after he was arrested for molesting a 7-year-old boy in California. Investigators also found disturbing images of child pornography and bestiality on his cell phone and computer, reported the New York Daily News.

Apparently Mozdir, who was known to have at least one handgun, was a family friend who had been babysitting the boy when the abuse occurred and after the allegations had threatened the victim’s family.

Authorities cased the West Village smoke shop on information received from a “cyber tip” after Mozdir was featured on CNN’s “The Hunt.” The show’s host John Walsh, formerly of “America’s Most Wanted,” responded to Mozdir’s death with his famous saying, “That’s one more low-life who’s off the streets.”

Jerry Dewitt, who lives near where the gunfight occurred, told Mail Online that the scene was “pure chaos.”

“You expect anything to happen here, but not this,” he said. 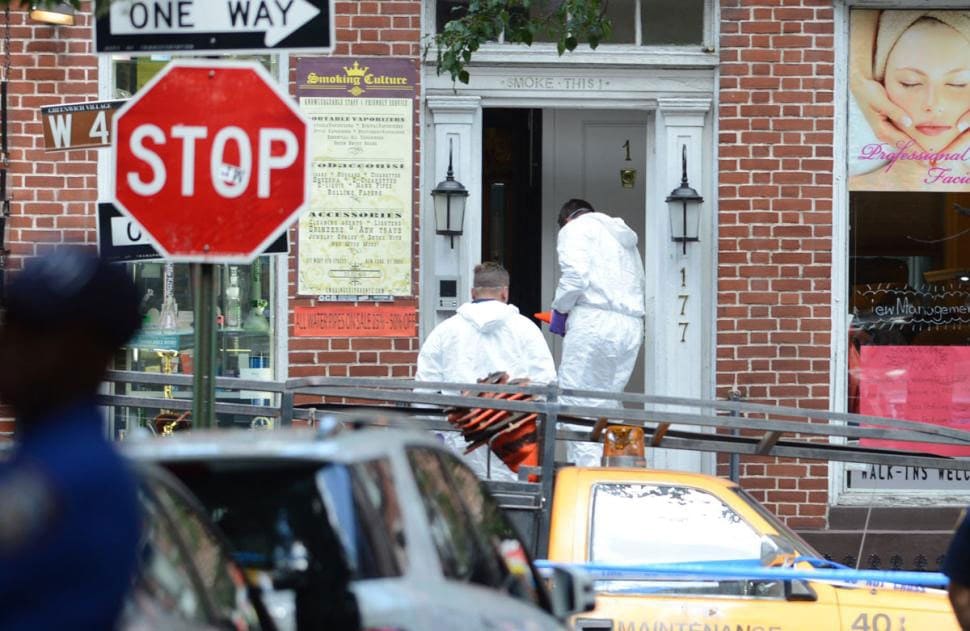 The suspect had apparently been working in the smoke shop as a salesman. (Photo credit: New York Daily News)

Although the suspect and the officers were all transported to the hospital, at least one witness said Mozdir appeared to be dead before they brought him out of the shop.

Cheyenne Whittier who works at an erotica shop nearby told reporters that she saw a heavyset man, who was not moving and appeared to be dead, being taken out on a stretcher. She said the man was covered in tattoos.

One of the injured officers has been identified as 45-year-old NYPD Detective Mario Muniz. Although he was shot in the stomach, he is expected to survive.

The identities of the other officers involved have not been made public at this time.