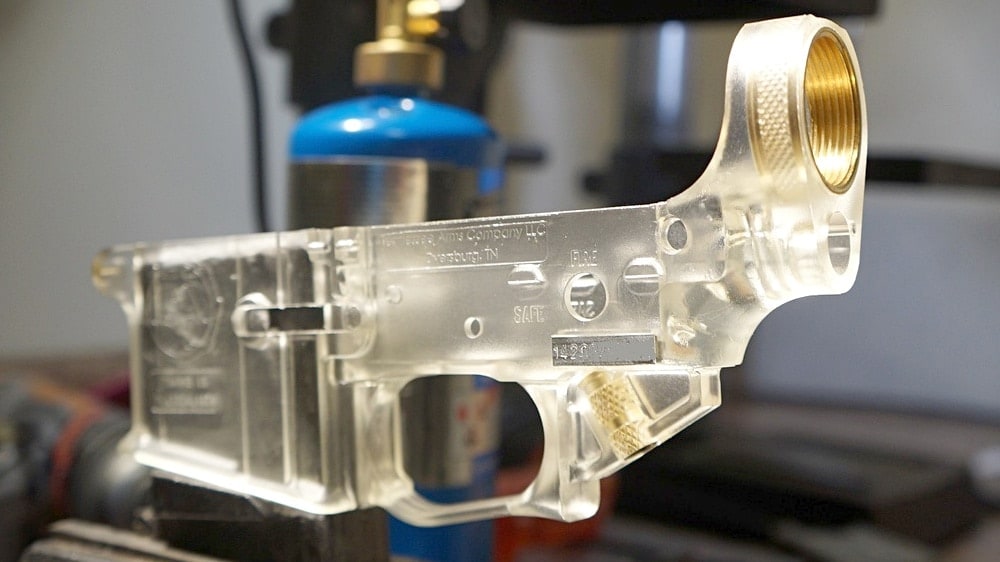 Since the emergence of polymer receivers on the AR-15 market people have been wondering if it would be possible to produce a clear lower receiver — many plastics are transparent, but like most that get used to produce firearms, gun polymers are reinforced with glass or carbon fiber — they’re inherently not see-through.

Against odds, the Tennessee Arms Company has developed a very transparent lower receiver. They are intended for display and educational purposes as they don’t have any fiber reinforcement, although they can withstand some use as the foundation for working rifles.

With these transparent Ghost Gun receivers it’s easy to see just how the fire control group works. They are still legally firearms, of course, serial numbers and everything.

They are made using U.V.-stabilized Nylon and weigh in at a scant 3.6 ounces. They work with standard lower parts kits and Tennessee Arms recommends and carries CMMG LPKs. Some fitting may be required, this isn’t your everyday lower receiver.

For people who want a tough-as-nails polymer lower they of course continue to manufacture standard opaque receivers in a variety of colors with optional custom laser engraving. The clear lowers are the only receivers Tennessee Arms won’t laser-engrave as the engraving really doesn’t show up well. 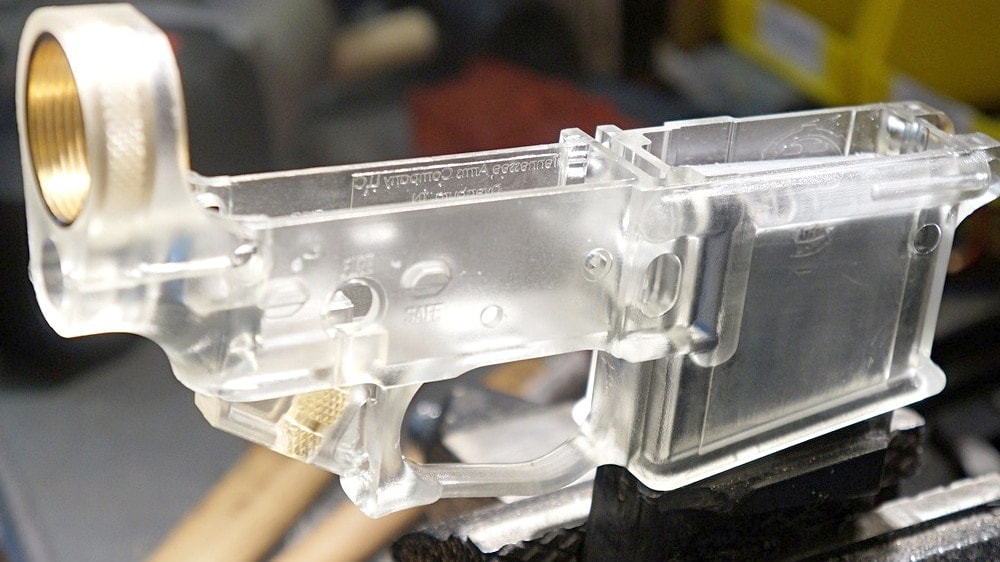 And from the other side. Note the brass inserts. (Photo credit: Tenn. Arms Co.)

These lowers also show off the brass reinforcements used to make Tenn. Arms Co.’s receivers, threaded inserts inside the oversized buffer tower extension as well as for the pistol grip screw. Unlike most polymer lowers, Tenn. Arms Co. receivers will hold up to repeated furniture changes without risk of ruining the threads, and they’re unlikely to be over-torqued.

It took a while for the company to get the process of making transparent lowers a reality. Without reinforced polymer these clear receivers have different cooling and constriction rates, but the company has succeeded at moving from proof-of-concept receivers to production receivers.

These receivers show a little bit of mold marking that makes them a little foggy, although they can be touched up with a small torch or heat gun for a glassier finish. Of course, you melt it, you bought it.

The Ghost Gun stripped lower is hands-down one of the coolest products to hit the AR-15 market in a while, and even though it may not be hugely practical, there’s no doubt these are going to be popular.

In fact, the Tennessee Arms Company is expecting pretty high demand for their true Ghost Gun lowers, and even priced at $59 — a marginal premium over their standard lowers — they’re projecting up to a three-week wait time on delivery.

Here it is in action.

If you’re interested in making your own Ghost Gun — and who isn’t — head over to the TN Arms Co. website and order yours today. We’ll let you know if and when they will start offering clear furniture. After that, .30-caliber magazine clips are just over the horizon.