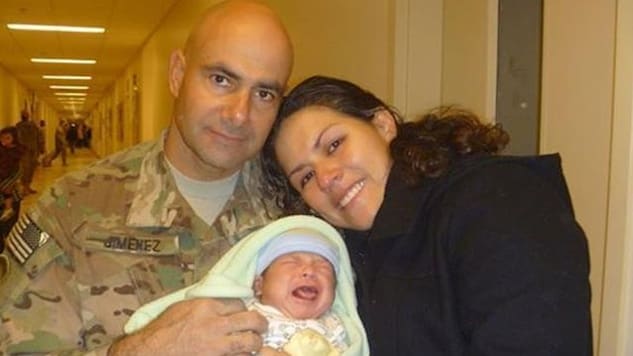 Army Sgt. First Class Jesus Jimenez was in California training to deploy to Afghanistan for the second time when Miami-Dade officials bulldozed his home.

As a U.S. soldier prepared to deploy one last time, Miami-Dade county officials evicted his family and bulldozed his home.

Army Sgt. First Class Jesus Jimenez, 49, was training to deploy to Afghanistan for the second time when his five-months-pregnant wife Laura, daughter, brother, and mother-in-law were kicked out of their home before it was ultimately demolished, Miami Herald reports. 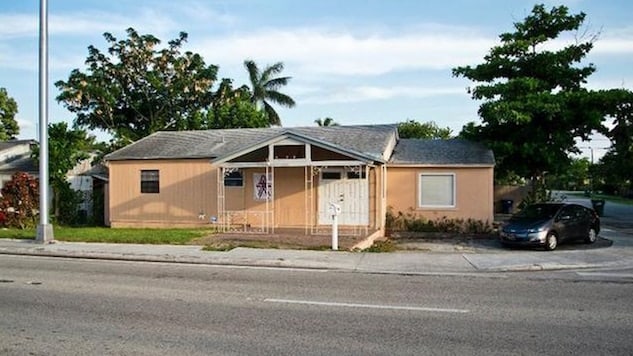 The Jimenez before it was demolished.

Four years ago, Jimenez requested a delay on the building code violations proceedings levied against him. The county gave Jimenez some time to repair his home, but after determining the habitation was too unsafe to live in, they tore it down.

“It is my duty to remove individuals from structures which may cause a potential hazard to the safety and welfare of this family,” said building chief Charlie Danger in 2007. “This is why I cannot find a reasonable justification to allow the Jimenez family to continue to reside under these severe circumstances.”

But a judge recently ruled that because Jimenez was on active-duty when he requested the stay, the county shouldn’t have bulldozed his home. 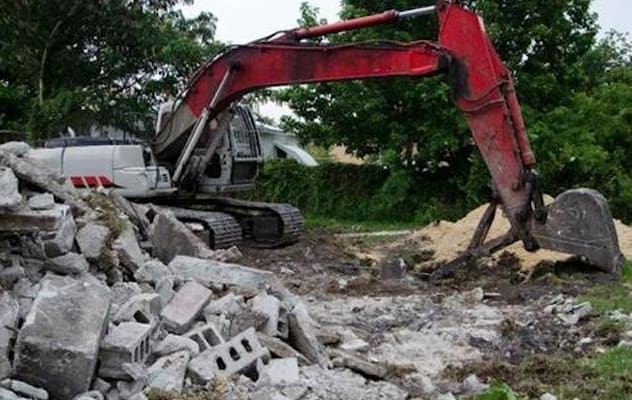 The building was razed to the ground after being deemed unsafe to live in.

“While it is possible that the Jimenezes employed dilatory tactics to avoid remedying the violations on their property and complying with the applicable building ordinances, their behavior does not negate the Defendants’ failure to stay the proceedings for the requisite 90 days,” the judge wrote.

Jimenez said he and his family lost a great deal of their belongings, including an upright piano, and plans to seek restitution for their hardship.

“I feel relieved,” Jimenez said. “But whatever I recover won’t be enough to do much.”