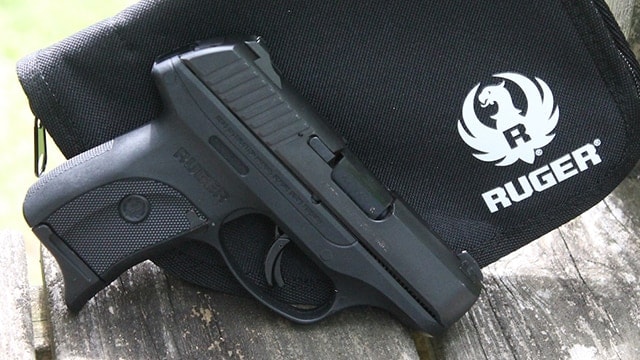 Ruger has just announced a new model of LC9 that sports a major change. Unlike the existing LC9 pistols, the LC9s is striker-fired, not hammer-fired.

The new trigger system promises a lighter trigger with less take-up and a short reset that’s easier to control and promotes accuracy while maintaining the small, lightweight package that has made the LC9 so popular.

“The Ruger LC9 set a high standard for reliable, lightweight personal protection,” said Chris Killoy, Ruger President and COO in a press release. “The LC9s follows the success of the LC9, yet provides a new option for shooters who prefer the short, crisp trigger pull of a striker-fired pistol.”

Despite the completely different method of operation the LC9s uses the same magazines, flush and extended, holsters and other accessories like aftermarket sights and lasers. Like the original LC9 the LC9s is built on a glass-reinforced polymer frame and has an alloy steel slide and barrel. A view from the right. (Photo credit: Ruger)

Being a striker-fired pistol the gun has a passive trigger safety and a small thumb safety. It has a magazine disconnect safety and comes with a dummy mag for safe field-stripping, a loaded chamber port and also comes with a 7-round magazine, a soft case and a gun lock.

Like the LC9 the striker-fired model has a textured grip for added purchase and as well as checkered front- and backstraps. The LC9s can be used with flush-fitting basepads or extended pinkie baseplates for a full grip, and comes with one of each type of baseplate.

The MSRP on the LC9s is $449, the same as the standard LC9, making this one affordable and appealing 9mm for concealed-carry. Ruger’s base model LC9 can regularly be found for $350 and sometimes even less, and we expect the LC9s to fall right in with it when it comes to street pricing.

This follows on the footsteps of the new Ruger 9E, a full-sized double-stack striker-fired 9mm that’s also extremely wallet-friendly. Ruger is clearly intent on conquering the budget market and the new LC9s is sure to be a crowd-pleaser.