911 operator tells home invasion victim to put her gun down; 'I'll put the gun down when I see the police' (VIDEO) 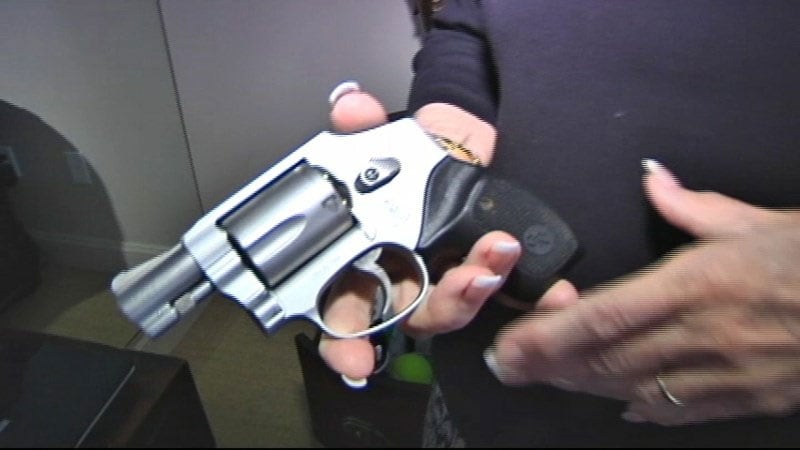 “All I wanted was my gun,” the home invasion victim said upon realizing somebody was in her house. (Photo credit: Fox)

When a woman in Holmes Beach, Florida, realized that someone was in her home last week, she grabbed her gun and called 911, but as the woman stood in fear in her own home, she was shocked when the operator told her to put her gun down.

NJ Logan was home alone recovering from hip replacement surgery when she heard noises coming from downstairs. Initially, she didn’t think much about it and just assumed it was her husband returning home after playing bridge.

But as the commotion continued, she heard what sounded like people walking around and soon realized it wasn’t her husband. At that point, the fear set in.

“It is a little frightening. You know that you don’t have the security that you thought you had,” Logan told a local Fox affiliate.

Despite having just recently undergone surgery, Logan wasn’t about to just stand by as a helpless victim.

“Once I realized it wasn’t my husband, you have no idea how fast you can go,” she said, joking that she ran down the stairs with her “new hip.”

“I don’t know what was going on in my mind. Honestly all I wanted was my gun,” Logan recalled.

And with her revolver in hand, she called 911 for help.

The woman ignored the advice of the 911 operator and kept a firm grip on her gun, calling out an adamant warning to whoever was in her house.

Logan never had to pull the trigger because apparently her verbal threats were enough to send the suspects running.

During the investigation, authorities discovered that the suspects had used a large rock to break the glass out of the door, then cut the screen to gain entry into her house. Unfortunately, according to Holmes Beach Police Chief William Tokajer, there have been a few such incidents recently in the area. Tokajer hopes the run in with the armed homeowner will be a wake-up call to any would-be burglars.

And while Logan continues to worry that her home may be targeted for another break-in, she feels better knowing that she can protect herself.

“I believe in guns inside your house, because I don’t think anybody has the right to break into your private domain,” she said. “I’ll definitely have the gun up there, that is for sure.”