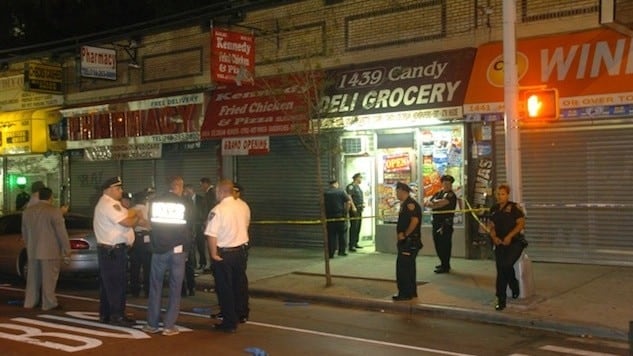 Around 30 people were preparing to film a rap video in the Bronx when one of the stars shot the other.

A Bronx man shot his “best friend” in the head Saturday while arguing about who was going be the star in their rap video.

The two men were outside a deli preparing to film a low-budget rap video when an argument broke out over who would get center stage, the New York Daily News reports.

After spitting on each other, the suspect pulled out a gun and shot the victim five times before repeatedly pistol-whipping him.

“They were fighting over who’s the star, who’s better,” said deli owner Ali Abdul. “They were drunk. They spit at each other then one guy pulled out a gun and shot the other guy five times.”

One round grazed the victim’s head, while the others struck him in the chest and each leg. He was transported to Lincoln Medical Center, where he was listed in critical condition.

According to Abdul, the two men lived nearby and were “best friends.”