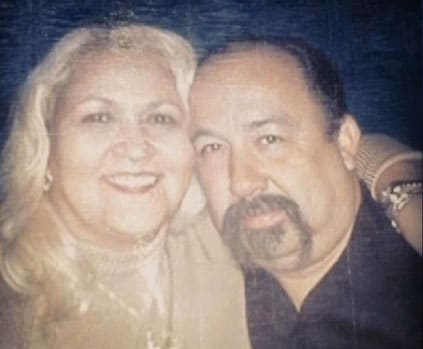 A family living in Pico Rivera, California, endured a nightmare Friday night which stretched into early Saturday morning, eventually ending after the woman was held hostage by a wanted felon for eight hours and her husband was fatally shot by the police when they mistook him for the suspect.

According to a local CBS affiliate, the entire incident started Friday evening around 5:30 p.m. Authorities were searching for 24-year-old Cedric Ramirez, who was wanted on two felony warrants, including weapons possession and car theft. As police attempted to capture him, Ramirez fled from his home and sought refuge just a few doors down at the home of Frank and Lorraine Mendoza.

During the chase, while in the back yard of the Mendoza home, Ramirez, who was armed, began shooting at the police and a gunfight ensued. At the time, the house was occupied by three adults – Mendoza, his wife, their adult son, Frank Jr., and his two children.

Following the exchange of gunfire, there was a brief pause during which time authorities moved to get everyone out of the Mendoza house. The children were safely removed from the home, as was their father, but when Frank Sr. tried to make it to safety, confusion set in, followed by tragedy.

Ramirez began firing at the deputies again, prompting the gunfight to continue. Only this time, Frank Sr. was struck in the gunfire. Authorities attempted to revive him, but their efforts failed and he died. Even more tragic was the fact that his son and his grandchildren witnessed the event.

“He was trying to walk out,” Frank Mendoza Jr. said. “There was no running out of him. He was nonchalant. He had no rush. He just knew he had to get out the house, and the cop shot him.”

It was a tragic case of mistaken identity.

“Believing the man was Ramirez, a deputy fired two shots at the man,” said William McSweeney, chief of the sheriff’s detective division.

But the nightmare was far from over for the Mendoza family.

Lorraine remained inside the house in what turned out to be an eight-hour hostage situation.

“She was locked in the bathroom. She thought that was the safe thing to do,” said the woman’s son, Jeremy.

Authorities attempted to convince Ramirez to let the woman go and give himself up, but they were unsuccessful.

They tried to negotiate with the suspect to come out. He wouldn’t come out,” said Lt. John Corina of the Los Angeles County Sheriff’s Department. “They ultimately, hours later, made entry into the location, and that’s when the PD-involved shooting occurred, and they killed the suspect.”

Lorraine was not injured during the incident and her family said she is recovering from the emotional shock of not only being a hostage, but losing her husband. She plans to move out of the house.

“This incident was beyond tragic, and all of law enforcement grieves with the Mendoza family,” McSweeney added. “We have made personal contact with the family, and have expressed our regret and sadness over these events.”

An investigation will determine whether the officer who fired the shots at Mendoza will face any charges.

“Every deputy I’ve ever worked with tries to do the best job in circumstances like this,” McSweeney said. “They unfold fast, they’re extremely dangerous, you don’t have all the information and you’re making decisions about the information that you do have in one or two seconds.”