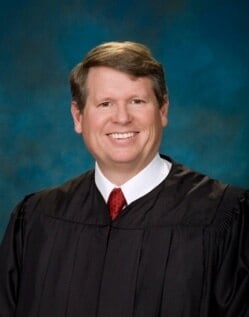 A Nevada judge has given the go-ahead to a gun control group to begin seeking petition signatures to place a universal background checks measure on an upcoming ballot.

The suit to block the petition came from the Nevada Firearms Coalition, a state affiliate for the National Rifle Association. The initiative itself is backed by the Nevadans for Background Checks, which, according to the Las Vegas Review Journal, is affiliated with former New York mayor Michael Bloomberg’s Everytown group.

According to AP reports, Carson District Judge James Wilson granted the group permission to proceed Friday with refiling its petition with the secretary of state’s office so it can begin collecting signatures. This came after Wilson inserted a wording change to the language of the proposed signature sheet that outlined the criminal penalties resulting from the law change the petition is requesting. Specifically, he ordered the petition must state that first-time offenders of the new law would face a gross misdemeanor and repeat offenders would face a felony.

The statewide petition asks to codify that any person without a federal firearms license, not selling or transferring a gun to another unlicensed dealer, obtain a background check through a FFL holder. Violations would be counted as a gross misdemeanor, which in Nevada carries a penalty of up to 1-year imprisonment, or a fine of up to $2,000, or both, following a jury trial.

The wording is very similar to that found in state Senate Bill 221, which Gov. Sandoval (R) vetoed last June. In his veto statement on the legislation at the time, Sandoval said that SB221, “imposes unreasonable burdens and harsh penalties upon law-abiding Nevadans, while doing little to prevent criminals from unlawfully obtaining firearms.”

However the gun control group contends that the petition, if ultimately successful, would close what it terms as loopholes in state law that allow the arming of criminals and other prohibited persons.

“Due to this loophole, millions of guns exchange hands each year without the simple 90-second background check that could stop a criminal from buying a gun,” reads the group’s website. “And the Internet only makes this loophole worse by creating a virtual gun show for anonymous gun sales between complete strangers.”

The NRA has called the actions of the group to be “just another attempt by anti-gun extremists to push their radical beliefs on law-abiding gun owners in Nevada.

The gun rights group contends that extra background checks on private party transfers are unneeded, saying, “So-called ‘universal’ background checks are ineffective and unenforceable. They turn traditional innocent conduct into a criminal offense, and are ignored and circumvented by criminals.”

Just last month lawmakers in Colorado found out that estimates of the number of persons who would be vetted by an increase in background checks in that state wildly inaccurate. After collecting a year’s worth of data following a mandated expansion to include checks on private transfers in that state, records show that just 13,600 of a projected 200,000 checks were performed.

To move forward on the new petition, Nevadans for Background Checks would have to obtain 101,667 signatures by Nov. 11, including at least 25,417 signatures from each of the four state petition districts. If this is accomplished, it would be forwarded to the state legislature and finally to the governor’s office to either approve or deny. Should the petition be denied, it could then be placed on a ballot in a regular election, most likely in 2016.