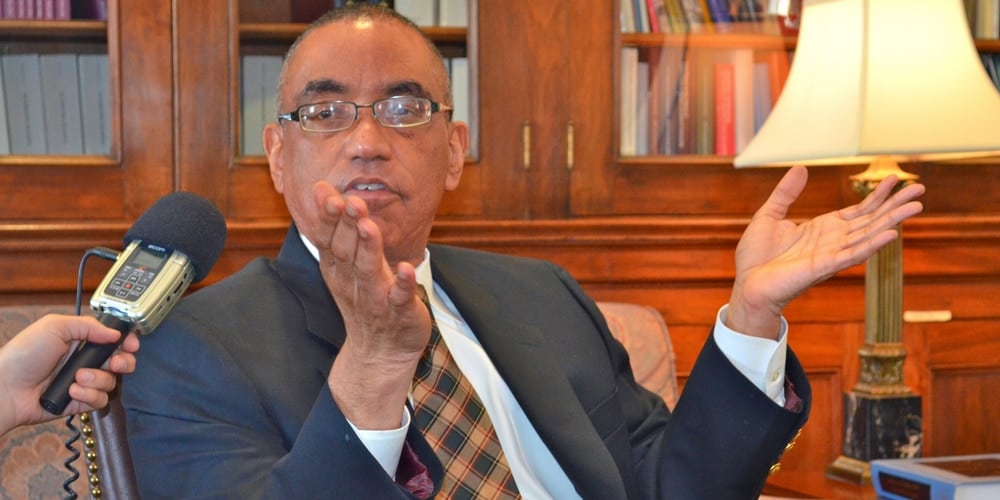 The argument came in a 172-page ruling that rejected the state’s requirement for doctors at abortion clinics to have admitting privileges in area hospitals to remain in business. According to Reuters, the 2013 Alabama law had “threatened to close three of the state’s five abortion clinics,” which used transient doctors who could not secure these privileges.

U.S. District Judge Myron Thompson of the U.S. District Court for the Middle District of Alabama held that Alabama’s regulations were an unconstitutional burden on a woman’s choice, and used gun politics to make his point.

“In deciding this case, the court was struck by a parallel in some respects between the right of women to decide to terminate a pregnancy and the right of the individual to keep and bear firearms, including handguns in her home for the purposes of self-defense,” wrote Thompson, a 1980 President Carter appointment to the bench.

Thompson went on to compare the Supreme Court’s landmark 2010 McDonald v City of Chicago case, which helped determine whether the Second Amendment applies to the individual states, as a reference for his decision.

“At its core, each protected right is held by the individual: the right to decide to have an abortion and the right to have and use firearms for self-defense,” wrote Thompson. “However, neither right can be fully exercised without the assistance of someone else. The right to abortion cannot be exercised without a medical professional, and the right to keep and bear arms means little if there is no one from whom to acquire the handgun or ammunition. In the context of both rights, the Supreme Court recognizes that some regulation of the protected activity is appropriate, but that other regulation may tread too heavily on the right.”

Next Thompson moved to the 2008 Heller v DC case, in which the Supreme Court found that the Second Amendment protects an individual’s right to possess a firearm for traditionally lawful purposes. Using that decision as a precedent, Thompson elaborated by outlining a hypothetical situation in which the government placed a restriction on who can sell firearms that were so onerous that only two vendors in the state, for example in Huntsville and Tuscaloosa, were able to comply with the new guidelines.

“The defenders of this law would be called upon to do a heck of a lot of explaining — and rightly so in the face of an effect so severe,” wrote Thompson. “Similarly, in this case, so long as the Supreme Court continues to recognize a constitutional right to choose to terminate a pregnancy, any regulation that would, in effect, restrict the exercise to only Huntsville and Tuscaloosa should be subject to the same skepticism.”

Thompson continued with the gun analogy through to his conclusion, arguing that the lower courts of the country are in a sense a soldier on the legal battlefield, carrying out the orders handed down from the highest court in the land.

“Just as the Supreme Court gave to the courts in the trenches their marching orders in Heller and McDonald, it gave us our marching orders in Casey [a 1992 abortion case] as well,” held Thompson. “With this opinion today, this court, as it forges along as a soldier in the trenches carrying out orders from on high, puts its faith in this statement and hopes that, in resolving the constitutional question before it, it has been faithful to the lofty command of the rule of law.”