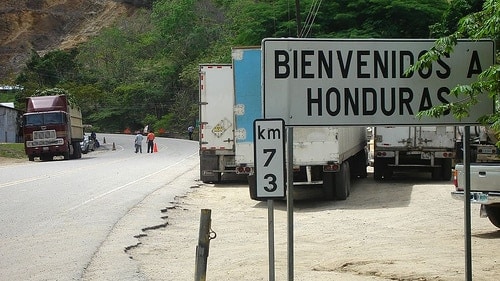 Alex Martinez, 41, of Indianapolis, was sentenced to 39 months in federal prison after being convicted of illegally purchasing firearms in the U.S., then exporting the weapons to Honduras.

“Martinez made false statements on ATF forms stating he was another man,” Department of Justice spokesman Tim Horty told Guns.com in an email. “That man is (a) deceased acquaintance of Martinez.”

A joint investigation into Martinez’s activities was launched in 2010 by Homeland Security and the Bureau of Alcohol, Tobacco, Firearms, and Explosives after authorities in Puerto Cortez, Honduras, found three 9mm Berettas hidden in a CD organizer inside of a cardboard box containing clothes and other personal effects owned by Martinez, according to authorities.

Investigators found that between 2006 and 2010, Martinez illegally purchased 28 handguns from federally licensed gun dealers in the Indianapolis area — nine of them were later registered to several people in Honduras.

Upon entering the Indianapolis residence to make the arrest, agents found no firearms, but Martinez admitted to purchasing the 28 weapons and illegally exporting them to Honduras himself. Martinez also admitted to selling the firearms to individuals he knew would sell them in Honduras.

The South American country has had the highest murder rate in the world since 2010, according to the U.S. State Department.

“This sentence is a direct result of the dedicated efforts of HSI and our ATF partners to create a safer community for the citizens of Indiana,” said Chicago Special Agent in Charge Gary Hartwig in a statement. “Arresting those who attempt to illegally smuggle weapons out of the U.S. is an HSI priority.”