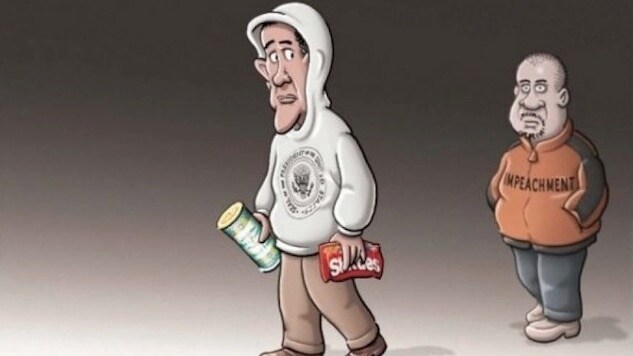 The cartoon has been labeled “racist” by many, and has been largely criticized.

The Washington Post News Media tweeted the cartoon, and from there, the commenters took care of the rest.

“@WPNMS Too Funny since the only ones talking impeachment are liberals this past week so I guess Clay is calling liberals racists,” tweeted Edwin Clark.

While Twitter user Rusty Shackleford sums up the cartoon in one word, “Racist!”