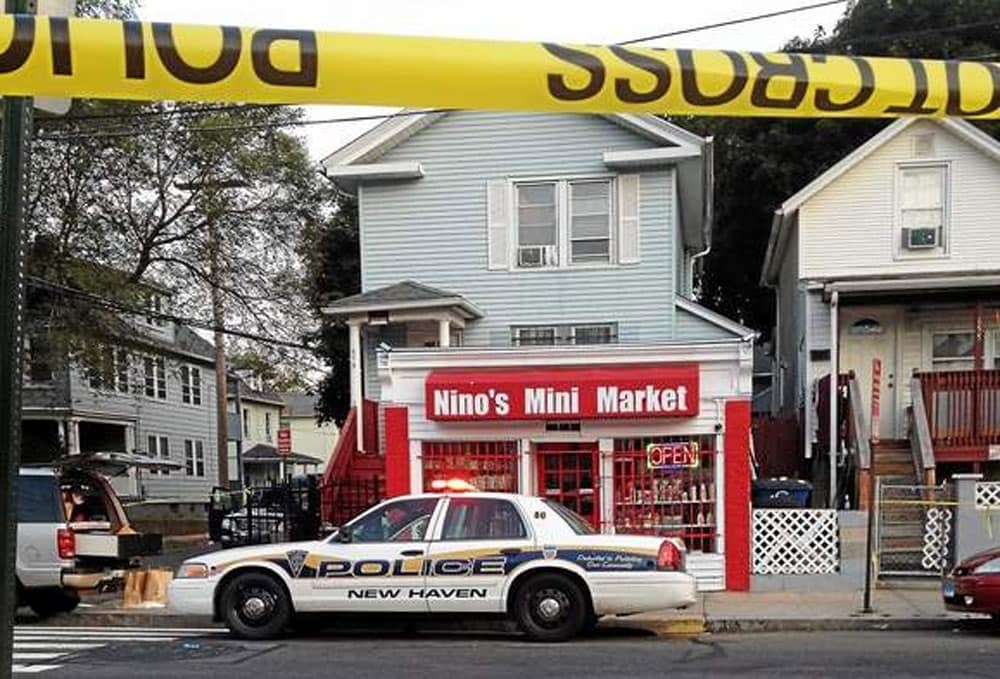 Investigators were at Nino’s Mini Mart well into the morning hours Wednesday, with reports of officers still on the scene around 7 o’clock this morning. (Photo credit: New Haven Register)

A suspect was fatally shot after he targeted two convenience stores in New Haven, Connecticut, within minutes of each other just before midnight Tuesday night.

Police were called to the Congress Mini Mart at around 11:45 p.m. after a man entered the store, armed with a rifle, and demanded cash, the New Haven Register reports. Officers were in the middle of taking a statement from the clerk, when they discovered the armed suspect had just been shot by a store clerk during another robbery about six blocks away at Nino’s Mini Mart.

When officers arrived to the second store, they found the suspect, believed to be the same man, inside the store suffering from a gunshot wound to the chest. The suspect, described by local media at this time as an “adult Hispanic male,” was transported to a local hospital where he was pronounced dead a little more than a half hour after the first robbery was reported.

It is unknown if the suspect made off with any cash from the first robbery, but investigators were seen removing a long evidence box from the second scene, presumably containing the rifle used by the suspect during both robberies.

Incidentally, the two stores are owned by the same family and the two clerks are brothers, neither of whose names have been publicly released.

The clerk who shot the suspect was questioned by police and no charges are expected to be filed against him.

In addition, although Connecticut does not have a Stand Your Ground Law and there is a Duty to Retreat, one “shall not be required to retreat if he is in his dwelling… or place of work and was not the initial aggressor.”