Photographer Thom Atkinson demonstrates how British military kit has evolved through the ages in his “Soldiers Inventories” series.

Each photograph captures all the equipment carried by a typical British soldier at a given landmark battle.

“It was hard to track down knowledgeable people with the correct equipment,” Atkinson says. “The pictures are really the product of their knowledge and experience.” 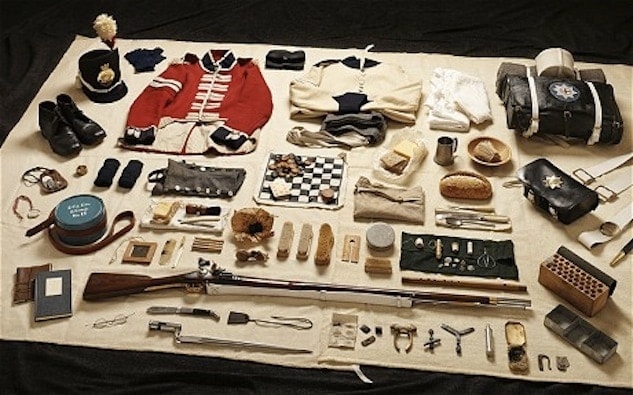 “1815 private soldier, Battle of Waterloo: Shoes (left) made of leather with the rough side facing out were straight-lasted, so there was no right or left shoe; soldiers would swap them around to prevent excessive wear on one side. Games (centre) included draughts, cards and a yo-yo.” 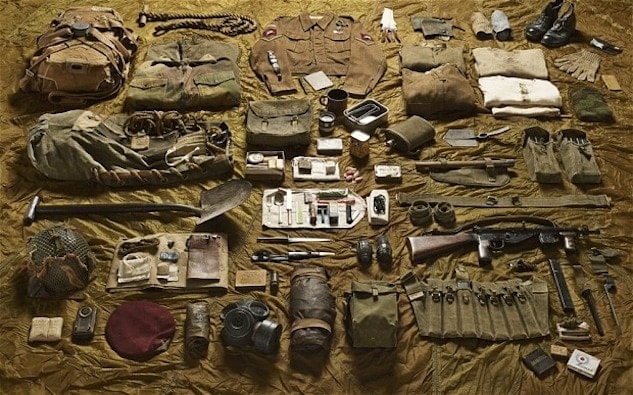 “1944 lance corporal, Parachute Brigade, Battle of Arnhem:Two kinds of hand grenade were issued (bottom): the No 36 Mills grenade used in the First World War and the No 69 made from Bakelite, which caused less collateral damage. The Sten Mark V submachine gun was first issued in 1944.” 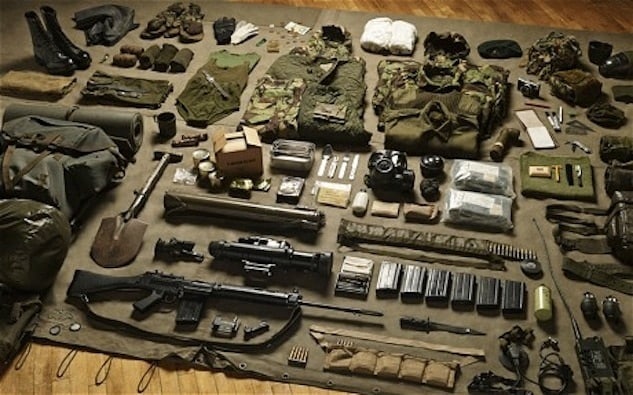 “1982 Royal Marine Commando, Falklands conflict: The 24-hour ration pack was for arctic conditions, its high-calorie contents including a tin of bacon roll, Spam, tinned beans and a suet pudding. The night-vision scope with 4x magnification (above rifle) was widely issued for the first time.” 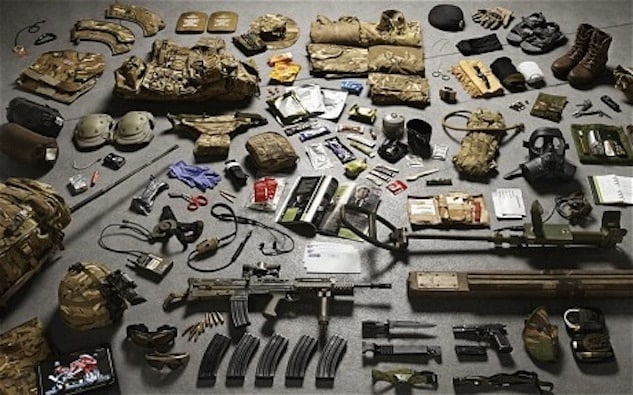 “2014 close-support sapper, Royal Engineers, Helmand Province: Sandals (top right) are issued kit, as soldiers may need to run to cover even while showering. Ballistic protection (centre) for the groin is very restrictive but a life-saving piece of equipment. An iPad Mini (bottom left) is not issued but most soldiers take a tablet for down time.”