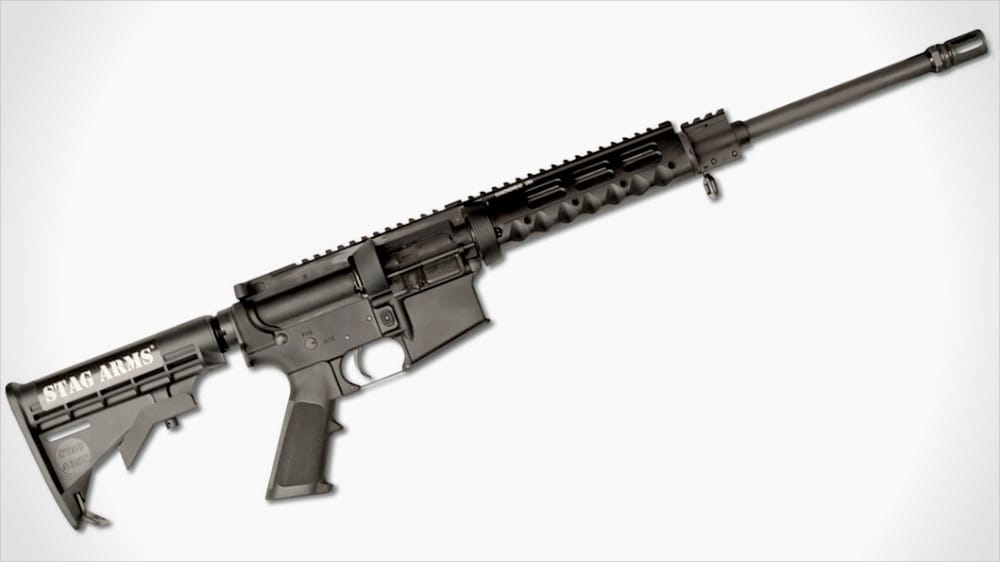 In pursuit of customer demands, Stag Arms is launching a new series of AR-15-style carbines chambered for 9mm Parabellum. Pistol-caliber carbines are making it back in a big way and Stag is getting in on the action.

Demand for pistol-caliber carbines is at new highs and few manufacturers are satisfying the market. Stag is going to make a lot of friends with their new Model 9 and 9T carbines.

The humble 9mm cartridge becomes something else out of a carbine, approaching .357 Magnum energy levels with everyday loads. This makes it ideal for short-range shooting and self-defense — especially for the money. The cartridge is one of the most affordable on the market.

And as Stag is quick to point out, this is one rifle you can shoot at pistol-caliber ranges.

Both the Model 9 and 9T are straight blowback designs that accept common Colt-pattern magazines. They have a dedicated 9mm magwell to prevent common magazine adapter issues like failures to feed when the adapter gets loose. This also means that these carbines have standard magazine releases for cross-training with intermediate-caliber rifles. 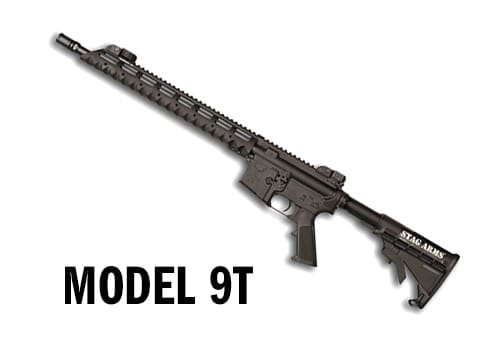 The carbines have a few differences when compared to standard ARs including a redesigned hammer, shortened mag catch and upgraded buffer. The upper has a one piece bolt and carrier and the ejection port and brass deflector have been optimized for 9mm.

There are differences between the Model 9 and 9T as well. The Model 9 is a slightly more conventional design with a railed gas block (gas block height) and a drop-in handguard. It’s not as ordinary as an M4-style carbine, with a modular Diamondhead handguard in place of a stock A2 handguard.

The 9T is the tactical model with a free-floating handguard, also a Diamonhead rail. These handguards can be modified with rail sections to position accessories anywhere the user chooses for a custom fit. They also have a smooth textured contour to give the shooter a solid, indexed grip. The 9T is also paired with a set of Diamonhead flip-up backup iron sights.

Both carbines have heavy 16-inch barrels with 1-in-10 twist rates for all-day shooting, come with A2-style flash hiders, pistol grips and six-position telescoping buttstocks, military-style single-stage triggers and will be offered in right- and left-handed models.

The MSRPs on the Model 9 and 9T are $990 and $1,275. As always, real-world prices will be a couple hundred less. While they are priced a bit higher than common 5.56 AR-15 carbines, the truth is that there aren’t many good options out there where 9mm carbines are concerned, and these come with premium Diamonhead components to boot.

If you’re in the market for a solid 9mm carbine then you ought to put the new Stag Arms Model 9 and Model 9T on your short list. We look forward to seeing what other pistol-caliber carbines Stag has on the horizon.