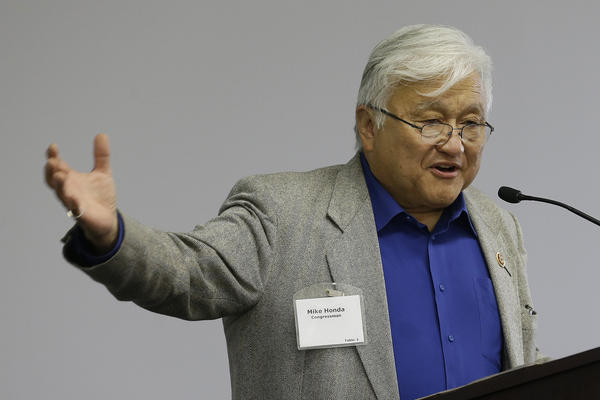 Rep. Mike Honda, (D-CA), has submitted a bill to the U.S. House that would prohibit the sale, use or possession of what he terms military-grade body armor.

Honda reasons that this measure would aid law enforcement in taking out an active shooter, since the active shooter wouldn’t be able to obtain body armor.

“There is no reason this type of armor, which is designed for warfare, should be available in our communities except for those who need it, like law enforcement,” Honda said in a statement last week. “There’s nothing more dangerous than what a well-armored, unstoppable active shooter can do. This bill is common-sense and long overdue.”

Honda’s bill, H.R. 5344, The Responsible Body Armor Possession Act, would place a ban on what it terms ‘enhanced body armor.’ This type of armor as referenced in the bill’s language would include any wearable armor including helmets or shields that offer a ballistic protection of Type III or above as determined using National Institute of Justice Standard–0101.06. The only exceptions to the prohibition would be for law enforcement, military and government agencies.

Type III and higher body armor is commonly available both new and used throughout the country. Recently companies such as Bullet Blocker have even made efforts to produce school safety equipment such as bullet proof backpacks, whiteboards and children’s-sized nylon jackets up to NIJ Type III ratings aimed to protect youngsters from active shooters.

Honda advised in a press conference Wednesday that the reason for the bill was a shooting on July 22 in Riverside County, where a man wearing body armor and armed with an assault rifle shot and killed two sheriff’s deputies and wounded another.

However, this statement is not entirely correct as the shooting in question resulted in the deaths of two civilians, not law enforcement officers, and the injury of a deputy by fragments. Reports of the now-dead suspected shooter wearing body armor are likewise anecdotal and not reflected in the released information by the Riverside County Sheriff.

In the VPC’s statement, the group likewise list Adam Lanza and John Holmes, the mass killers linked to the shootings in Newtown and Aurora respectively as being protected during their sprees by body armor. However, like Honda’s statement, this one is flawed as well.

While in both cases the alleged shooters were described by media as being armored, Lanza was later confirmed to be wearing a ‘fishing vest‘  while Holmes was equipped with a tactical load bearing vest, neither of which offered ballistic protection.

Even if Honda’s bill does not make it into law, it is already against the law for criminals to add body armor to their toolkit. Since 2002, it has been illegal under federal law for convicted felons to possess body armor of any sort. This has been prosecuted in U.S. courts even in states that do not criminalize the possession of body armor.

Honda’s bill is currently referred to the House Committee on the Judiciary and has three co-sponsors.