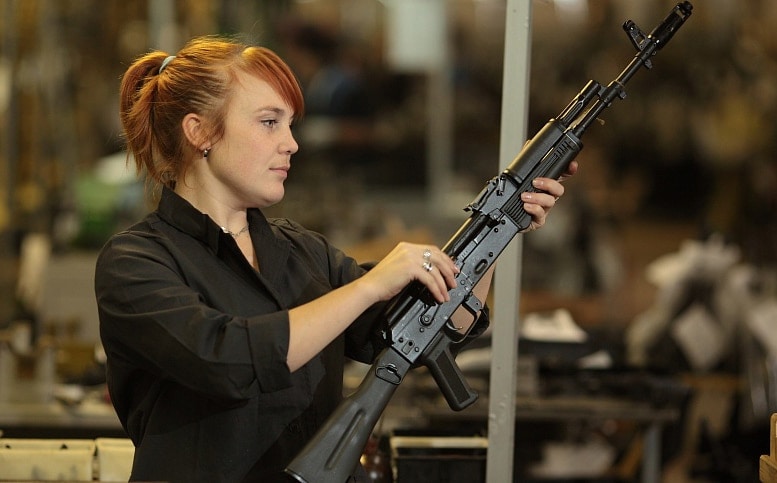 In 2012, Izhmash merged with Izhevsk Mechanical Plant to create Kalashnikov, one of the largest corporations of its kind. (Photo: Kalashnikov)

As the list of sanctions against Russia grow, the “exclusive importer” of the venerable AK-pattern long gun in the U.S. announced that it will receive what’s likely to be its last shipment next month.

RWC Group LLC, a Pennsylvania-based company, said a limited amount of Saiga IZ132Z rifles and Saiga IZ109T shotguns will be available through select distributors beginning on or about Sept. 1.

The U.S. listed arms, specifically Kalashnikov Concern, which manufactures small arms and automobiles, in its list of sanctions on July 16. While it blocks the importation of Russian weapons, U.S. retailer’s currently holding inventory can still sell off what they have. And the penalties are in effect for the foreseeable future, as the Russian-Ukraine conflict continues to escalate.

Kalashnikov may soon feel the full impact of the sanction as about 90 percent of its civilian weapon sales are in the U.S., company spokesman Vasily Brovko told Russian news agency ITAR-TASS.

But to investors, Brovko said, [W]e already understand where we could reorient sales. These volumes can be compensated.”

Still, company spokesmen for Kalashnikov have repeatedly expressed sympathy for American consumers, who have reportedly been blitzing gun stores before supplies run out and prices inflate.

“This situation is yet another sign that our weapon is very popular with Americans, and the sanctions imposed contravene their interests,” Yekaterina Boni, a press secretary for the manufacturer, told the newspaper

In response to the sanctions, the Russian government imposed a one-year ban on imports of meat, fish, cheeses, fruit, vegetables and dairy products from Australia, Canada, the European Union, the U.S. and Norway.