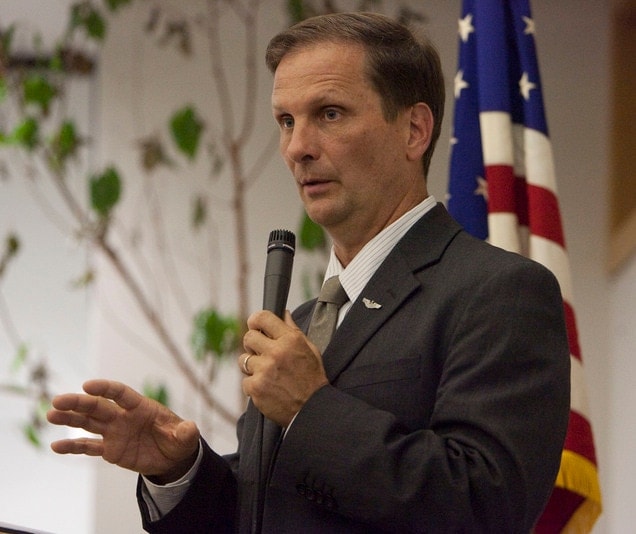 Following a host of federal agencies moving to equip their inspectors with military-grade weapons, some on Capitol Hill are calling for their disarmament.

The proposed legislation takes issue with the growing creep of federal SWAT-type units that have been forming since the 2002 Homeland Security Act granted various agency Offices of Inspectors General arrest and firearm authority. The House bill calls for these agencies to not only lose that authority, but also to restrict them from acquiring military weaponry.

“It’s disturbing to see the stories of federal regulators armed to the teeth and breaking into homes and businesses when there was no reason to think there would be resistance,” Rep. Chris Stewart (R-Utah), sponsor of the legislation, said in a statement from his office.

Stewart explained his concerns about these special law enforcement teams, saying, “I understand that federal agents must be capable of protecting themselves. But what we have observed goes far beyond providing necessary protection. When there are genuinely dangerous situations involving federal law, that’s the job of the Department of Justice, not regulatory agencies like the FDA or the Department of Education. Not only is it overkill, but having these highly-armed units within dozens of agencies is duplicative, costly, heavy handed, dangerous and destroys any sense of trust between citizens and the federal government.”

The bill, H.R. 4934, entitled the Regulatory Agency Demilitarization Act, would place a freeze on weapons purchases by all federal agencies with exception for those who have traditional law enforcement or defense tasking such as the FBI and the U.S. Coast Guard. Those agencies not exempted would have 90 days to submit to Congress details of their armed agents including the scope and composition of their specialized units that receive special tactical or military-style training or use hard-plated body armor, shields, or helmets and that respond to high-risk situations that fall outside the capabilities of regular law enforcement officers. If they can’t justify them, they could risk losing them.

In addition, Stewart’s bill would strike the 2002 clause that allows more than 60 OIG offices to carry guns and arrest suspects. 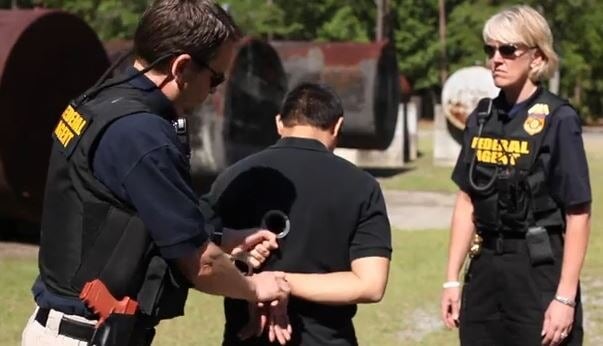 According to a 2006 GAO report, no less than 137,929 armed law enforcement officers in 104 agencies work for the federal government. Besides agencies under the Justice Department, Defense and Homeland Security, there exists a myriad of armed OIG agents who investigate largely regulatory crimes.

As reported by the Wall Street Journal, the number of criminal investigators in non-traditional civilian agencies mushroomed from around 500 in 1973 to over 3800 by 2011.

This includes such diverse groups as the seven agents for the Peace Corps, a pair of special agents of the Equal Employment Opportunity Commission, and the 52 criminal investigators of the Environmental Protection Agency’s OIG.

This growing trend of heavily armed regulatory agents has led to such controversial actions as the raid of a California organic grocery store suspected of selling raw milk by the FDA, a predawn raid by agents of the Department of Education of the home of a suspect being investigated for student aid fraud, and the recent solicitation by the U.S. Department of Agriculture for .40 caliber submachine guns.

In their defense, the USDA explained that the submachine guns sought to arm their 172 OIG special agents are needed in potentially life-threatening situations while conducting investigations of fraud in farm programs, smuggling and other crimes. The agency reports that these agents in the past two years have obtained over 2,000 indictments, 1,350 convictions, and more than $460 million in monetary results.

Nonetheless, Stewart’s disarmament bill is already receiving backing from some rather unexpected places.

“If agency officials face a situation in which armed backup is truly called for, they can go through the proper procedures to have support from the Department of Justice,” explained a release from the Farm and Ranch Freedom Alliance last week throwing their support behind the legislation. The grassroots organization of small independent farmers usually spends its time fighting for issues concerning non-GMO crops and restrictions on raw milk. However, they are now willing to take up the call for disarming federal regulators.

“Having in-house SWAT teams and armed personnel makes it too easy to turn a non-hazardous situation into an armed raid that abuses the rights of our citizens,” contends the group.

House bill 4934 has garnered some 28 GOP co-sponsors since June and currently is in the House Committee on Oversight and Government Reform.