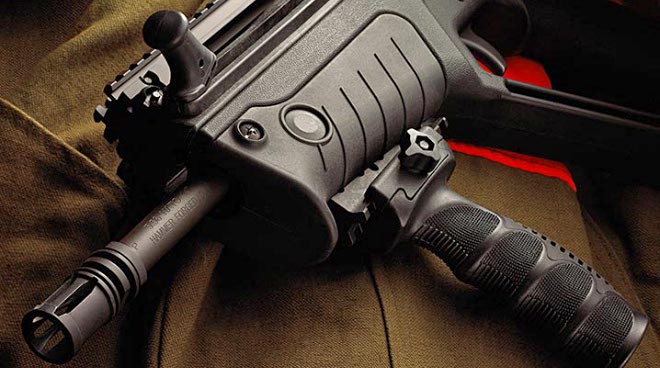 A Tavor with the IWI Ergo pistol grip. (Photo: IWI-US)

IWI-US, the renown American side of Israeli Weapon Industries, is opening up an online store for parts and accessories for the Tavor bullpup and other products. Among the online store’s offerings is the highly sought-after 9mm conversion kit for the Tavor.

A wide selection of spare parts is listed as well bringing the support for the Tavor up to a new level. While the Tavor is a battle-proven and reliable design all firearms need a little help from time to time whether it’s after a rough time at the range or because a curious tinkerer made something go sproing.

“We are thrilled to have launched the IWI US Online Web Store,” remarked Michael Kassnar, vice president of sales and marketing for IWI US, in a press release. “This has been a long time coming and we’ve worked really hard to create something our fans would appreciate and find simple to navigate.”

The online store is still somewhat bare-bones but it has Tavor parts that really need to be sold separately including firing pins and trigger packs. About the only complaint users have about the Tavor is its relatively heavy trigger and this will allow users and gunsmiths to perform trigger jobs on one trigger pack while having replacements available if necessary.

And having a solid go-to source for 9mm conversion kits is handy. One of the coolest features of the Tavor is IWI’s commission to make pistol-caliber conversion kits available, a real treat for Tavor owners. With just a few simple parts changes it’s possible to convert a 5.56 NATO/.223 Remington Tavor to 9mm Parabellum.

The conversion kits aren’t inexpensive at $899 but neither are the bullpups, which generally retail for between $1,700 and $2,000. But even as ammo prices normalize it’s still cheaper to shoot 9mm than 5.56 whether it’s for practice or self-defense. The performance improvements of 9mm out of a carbine are undeniable and for short range, particularly indoor use the lower report and flash make it very effective.

IWI’s online store also has a good selection of magazines in 5.56 and 9mm. They carry four types of 30-round polymer IWI-brand 5.56 magazines, in black and flat dark earth in standard and windowed varieties as well as 32-round stick mags in 9mm. 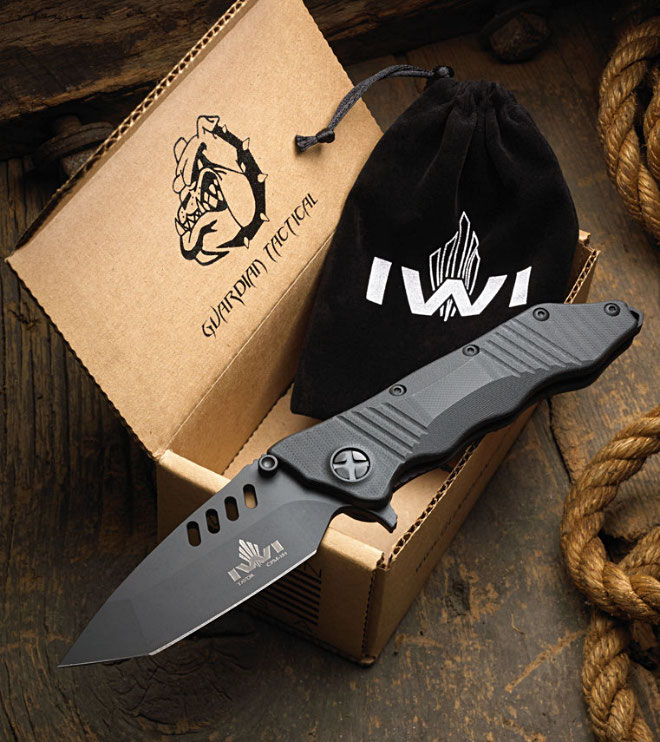 The store also has other Tavor accessories including vertical foregrips, flashlight mounts, combination grips and additional Picatinny rail sections to mount them with.

Of course they also carry some IWI swag for fans. They carry a line of polos, hats, hoodies and T-shirts for men and women who want to show their loyalty to IWI.

And lastly, what’s a good rifle without a knife to go with it. They are unveiling the official IWI Tavor Combat Knife, a folder with G10 grips by Guardian Tactical out of Pennsylvania.

For all that and more be sure to visit the new IWI-US online store.