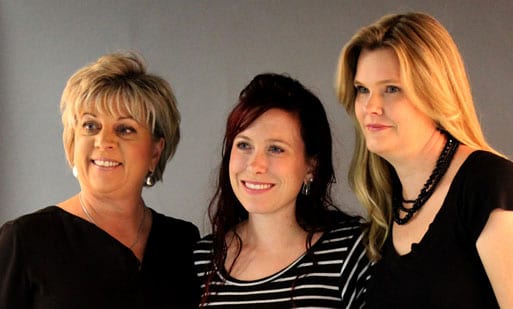 OMU founder, Vicki Kawelmacher, left, Amanda Collins and Alisha Ketter hope to unite others and change the tone of the country. (Photo: One Million United)

It’s certainly no secret that the vast majority of the gun industry is made up of males, but one northern Nevada-based non-profit group is targeting women in an effort to educate them not only about the fundamental right to bear arms, but the overall importance of personal protection.

While in its early stages, One Million United is still blossoming. It’s the mind child of three women – Vicki Kawelmacher, Alisha Ketter and Amanda Collins — who all have a story and now a mission.

During her fourth year at the University of Nevada Reno, Amanda Collins was raped at gunpoint in the parking garage of her school, less than 50 feet from the campus police station, which had closed four hours prior to her attack. With a gun to her temple, she knew that her life was hanging by the thread of a trigger pull. And her concealed carry permit and her handgun did nothing to protect her that night because the law prevented her from legally carrying her gun on campus – a law that her attacker simply ignored and later went on to rape another woman before raping and killing a third.

Alisha Ketter, the national coordinator for OMU, had become the victim of a robbery and assault on more than one occasion in her native state of California. But when she decided it was time to arm herself for her own protection, she learned how closely gun control hit home.

“This was the beginning of my struggle with gun control laws,” Ketter recalled. “California has some of the strictest laws in the nation and even after you manage to purchase a firearm, chances are you won’t have it available if you need it for self-defense. Concealed Carry Permits are rarely issued and gun storage laws in California effectively disarm the populace.”

Following the shooting at Sandy Hook, California gun control hit a whole new level. It was then that Ketter and her family packed up and moved to the neighboring state of Nevada.

Vicki Kawelmacher, the founder of OMU, had several incidents in her life before finally saying enough is enough. Like many Americans, on Sept. 11, 2001, something changed in Kawelmacher and she no longer felt the safety and security that she once did. Although she didn’t know it at the time, this was the beginning of her endeavor in women’s safety.

In 2004, while vacationing in California and stopping off for one more glance of the great ocean view, she and her husband became the targets of a would-be robbery. As they were victimized, their handgun – which they had carried for protection – was locked “safely” away in a box in the trunk of their car, per California state law. The gun did nothing to protect them, but fortunately their attacker decided fighting with Kawelmacher’s husband was enough of a deterrent and simply walked away.

Then, in October 2007, she was faced with a mother’s nightmare – her 10-year-old daughter was the target of a child abduction. Thankfully her young daughter was already wise beyond her years and knew something wasn’t right when she saw the two strange men in the unfamiliar van watching her and her friends. When the passenger got out of the van and began to come towards the young girl, she “screamed bloody murder” and ran away.

“That was the day that I really said, ‘That’s it. I’m done. I will be armed every day. I will protect my family. I will protect myself,’” Kawelmacher told Guns.com in an interview this week. “And my new mission in life is to encourage, educate and empower women.”

Kawelmacher’s goal is echoed through OMU’s mission, which, according to the website, is to “inform, influence and ignite women across the United States of America to exercise and protect their second amendment rights.”

However, Kawelmacher wants women – and men – to know that the organization is more than just about firearms.

“We’d like to show women that you don’t have to be a gun nut to support One Million United,” she said.

But it’s a choice that should be just that – a choice.

“Whether or not you carry a firearm, I think it’s important for women to realize that the right to carry a firearm is fundamental,” Ketter told KOLO during a recent interview at a local range.

Kawelmacher, who is certified in both lethal and non-lethal means of self-defense, said there’s a whole host of options for women wanting protection, from firearms to pepper spray and knives, even martial arts, which her now 17-year-old daughter has taken to and is currently working towards a black belt in Brazilian Jiu-Jitsu.

Kawelmacher realizes that a firearm isn’t always the best option for everyone and she wants women to know that if they aren’t comfortable with a gun, that’s okay too.

“If you’re not willing to potentially take a human life and pull the trigger,” she said. “Then the gun is not the option for you.”

But Kawelmacher also understands the fear that some women have.

“What I have found being a firearms instructor over the last eight years, a lot of women are afraid and they have a really negative thought about the gun and they’ve been told for years that the gun will be used against you,” she said. “I think when women come through the Women’s Shooting Academy and come through the Women’s Safety Academy, then they meet us and they realize that we’re not scary, that we can be feminine, we can wear our makeup, we can look like moms and grandmas, but we can also be bad-ass.”

The concern she has for these women can be seen in the way Kawelmacher carries herself, both on and off the range. She has the soothing tone of an old friend who will give you the dirty truth and follow it with cold, hard facts because she knows deep down it’s what you need to hear. But she does it all with a combination of love and support, which she knows so many women need to gain the confidence to protect themselves.

And with women being one of the fastest growing demographics in the gun industry, Kawelmacher says those in the industry need to pay attention.

“When a woman shows up at the gun counter, she has her credit card and she’s ready to make a purchase,” she said. “She’s ready to spend 1,000 bucks because she wants her holster, her purse, her gun cleaning kit, her gun.”

Kawelmacher said the industry needs to realize that women are spending – and want to spend – a lot of money and there’s so much more to catering to women that just offering a gun colored in pink or purple.

The group hopes that they will eventually grow into a sort of “hub,” a reference point for all things self-defense related, with listings for firearm instructors, ranges and other safety advocates all across the country. 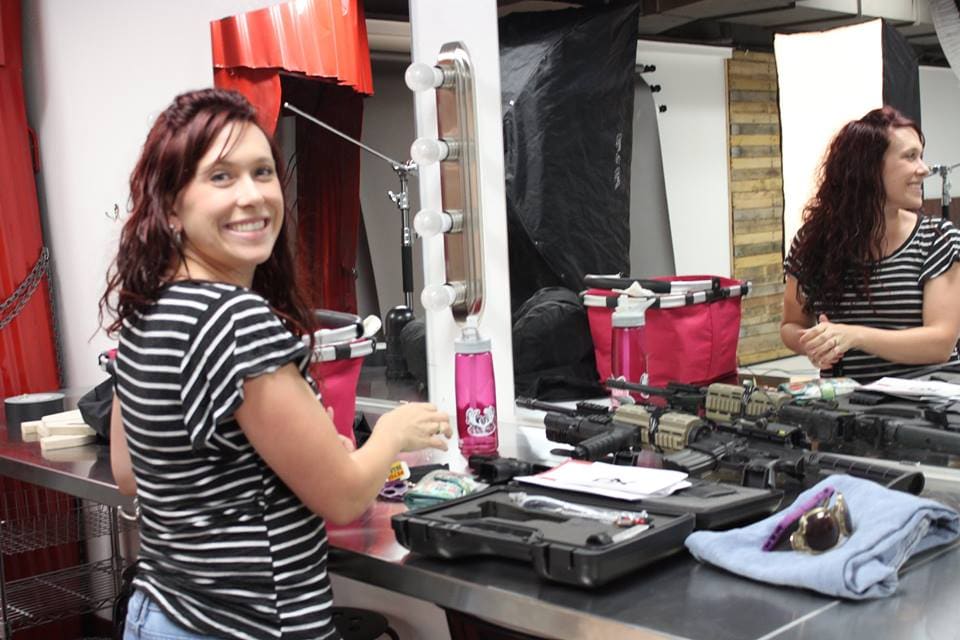 “My case is not rare,” said Amanda Collins. “What is rare is that I am talking about it… I am One Woman, with One Voice- help me be One Million Strong!” (Photo: OMU/Facebook)

To help that vision come to fruition, they are currently seeking regional and state coordinators, which they hope will help to reach women at a more local level, encouraging them to get involved in politics and other means which will help to protect Second Amendment rights.

“Vote,” she said. “Vote the wrong people out and the right people in. Know who is who, know the people in your state that are making the decisions for you and your rights.”

And the first item on the docket is to fight for campus carry, which has been reintroduced under a new bill known as Amanda’s Law.

“Why does your rapist get to choose whether you live or die?” Kawelmacher questions. “It’s not his choice anymore.”

She recalls an incident from a year and a half ago when a woman in Boston was brutally murdered after she did what many self-defense experts recommend — she complied with her attacker. She drove to multiple ATMs, withdrawing money for him as he instructed. Five times she complied and five times she got back into the car with her attacker. But after the fifth time, he took a knife and stabbed her 24 times.

“She was killed in cold blood for her compliance,” said Kawelmacher.

“Society says to women, ‘Just be a good little victim and they might let you go.’ And me, Vicki Kawelmacher says, ‘No, you don’t have to be a good little victim. It’s okay to fight back.’ Women think that if they comply and do what he says, when he’s done he’ll just let me go and statistics say that’s not the case.”