Religious figures come out for gun control in Chicago, Washington 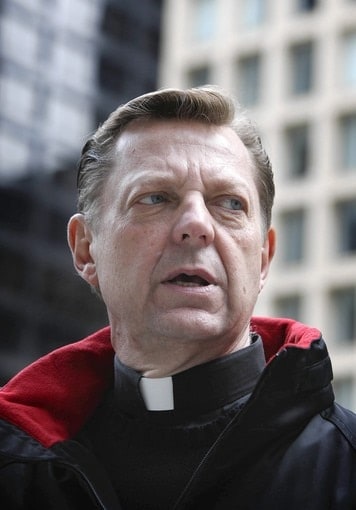 In a continuing trend in speaking out against gun rights, clergy in two different regions of the country are publicly supporting gun control measures.

The latest push has Father Michael Pfleger waging a one-priest campaign to have the catholic Archdiocese of Chicago ban firearms in places of worship. Meanwhile the Episcopal Diocese of Olympia is throwing its weight behind Washington state Initiative 594, a measure that would expand background checks to include private transfers.

“The Cardinal agrees with me and he thinks it should be a no-brainer in all of our Archdiocese buildings that there be no guns,” Pfleger told NBC Chicago last week about his campaign to rid church buildings of firearms.

Although Pfleger claims to have the Cardinal’s ear, he is facing objections from the priest senate, whose membership includes some congregation members who carry guns.

Concealed carry in Illinois, long banned under state law, was only just legalized this year. Current laws in the Land of Lincoln allow permit holders to bring their handguns to service unless the house of worship has specifically posted signs prohibiting the act.

While the Catholic Conference of Illinois, the public policy arm of Catholic bishops in the state, have not issued a formal decree to post gun-free zone signs, other churches in the state have. The Conference is, however, supporting a measure in the Illinois General Assembly proposed by Sen. Dan Kotowski, (D-Park Ridge) that would formally prohibit concealed carry in all places of worship throughout the state.

Pfleger’s call for the Archdiocese to ban newly expanded concealed carry rights echoes a case earlier this summer in Georgia. When that state’s sweeping gun rights reform act came into effect in July, both Episcopal and Catholic bishops quickly issued decrees banning the practice in church buildings under their control. Jewish rabbis in Atlanta soon mirrored this stance.

Besides Georgia and Illinois, clergy in Massachusetts — to include the Archbishop of Boston — have recently gone on record to support increased gun control legislation in that state. Now the leaders of a congregation in the Pacific Northwest intend to follow Beantown’s lead.

Religious support for I-594 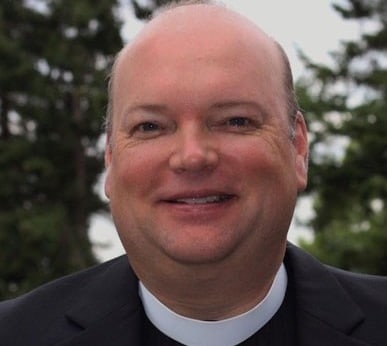 “As it has in decades past, St. Mark’s Cathedral is using its prophetic voice of peace and compassion to say enough acquiescence to a fear driven lobby for assault weapons, enough of the status quo when too many of these horrific events come one after another,” Rev. Steve Thomason, dean of the cathedral told The Seattle Post Intelligencer last week.

Long active in a quest to end gun violence, St. Mark’s, seat of the Episcopal Diocese of Olympia, has been the starting point for numerous anti-gun marches and vigils in recent years. Now, after a unanimous vote by their governing body, they are endorsing Washington state Initiative 594.

“As a spiritual leader at St. Mark’s Cathedral, I am keenly aware of my responsibility to call a diverse group of people into community, as we worship and work together for the coming of God’s kingdom. I am convinced this is one aspect of that work,” Thomason said.

The controversial 19-page initiative would mandate that most firearms transfers in the state could only be performed following a successful background check. Currently only those conducted by Federal Firearms License holders are processed through the FBI’s NICS system in accordance with federal law. The organizers of the drive contend that by expanding checks to a near universal base it makes sure that anyone buying a gun in Washington State passes the same background check, no matter where they buy the gun and no matter whom they buy it from.

St. Marks stands with groups such as the League of Women Voters and Michael Bloomberg’s Everytown for Gun Safety organization in their support of the measure.

“The gun prohibition lobby pushing I-594 falsely claims to have the facts on their side,” said Alan Gottlieb, chair of the Citizens Committee for the Right to Keep and Bear Arms, in a recent statement.

The gun rights group was key in campaigning to have their counter initiative, I-591, placed on the ballot to oppose the background check expansion.

A vote on both initiatives is scheduled for Nov.4