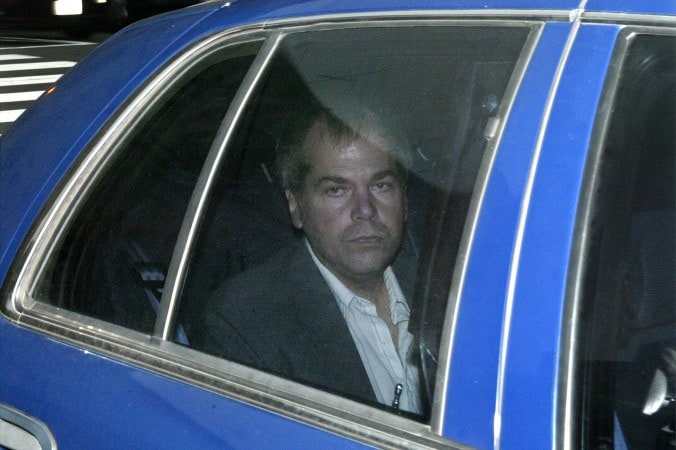 John Hinckley Jr. arrives at a U.S. District Court in Washington, D.C. in 2003, where he was deemed “ok” to visit with his mother. (Photo: Associated Press)

Yesterday, five days after James Brady died at his home at the age of 73, investigators ruled his death a homicide. A medical examiner determined that the cause was from injuries sustained during the attempted assassination of President Ronald Reagan in 1981. The ruling leads one to beg the question, could the gunman, John Hinckley Jr., be tried for murder even though he has already been tried and convicted for related charges?

Eugene Volokh, a UCLA law professor and legal blogger, gave a hand at answering the question. He concluded that the likely answer is no, but for two different reasons.

First, Volokh argues with “the year-and-a-day rule.” He writes, “At common law, a murder charge required that ‘the death transpired within a year and a day after the [injury]’, and this apparently remains the federal rule.” He adds that while many states may override the rule due to changes in modern medicine, it’s unlikely the Hinckley case will be an exception since there’s no path towards prosecution without violating other legal rules.

Secondly, he argues “double jeopardy and collateral estoppel.” Volokh reasons that if prosecutors wanted to charge Hinckley for Brady’s murder, they likely could in one train of thought since Brady did in fact die of injuries sustained during the attempt on Reagan’s life. But a jury found Hinckley “insane” at the end of his trial, a ruling that essentially negates litigation between the same parties in a future lawsuit.

“This judgment is binding on the government, and since the insanity defense applies the same way for murder as for attempted murder, it means that Hinckley would now be conclusively presumed to have been insane for purposes of any murder prosecution as well,” Volokh writes.

For the full details on Volokh’s argument, check out his blog The Volokh Conspiracy on The Washington Post.