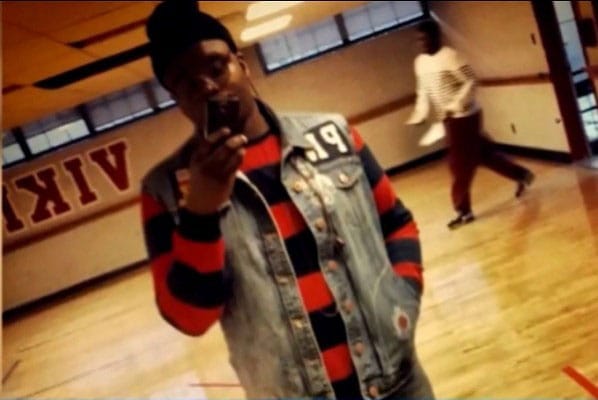 Michael Brown was due to start college in a few weeks. (Photo: Facebook)

A police-involved shooting of an unarmed teen Saturday in Ferguson, Missouri, resulted in an angry mob of about 200 people gathering at the scene, demanding justice for what some are calling cold-blooded murder.

The shooting, which happened around noon, followed a physical altercation with two teens and the police officer, who the Ferguson Police Department has not identified but confirmed has been with the department for six years, local media reports.

During the course of the altercation, “there was a struggle over the officer’s weapon,” said Jon Belmar, chief of the St. Louis County Police Department. A shot was confirmed to have been fired after one of the teens pushed the officer inside his car, but the shots which claimed the life of 18-year-old Michael Brown were fired in the middle of the street.

Authorities confirmed that Brown was shot multiple times and all of the bullet casings recovered from the scene were from the officer’s duty weapon. Brown was not believed to be armed.

“I saw him turn around with his arms up in the air and they shot him in his face and chest and he went down unarmed,” said witness Piaget Crenshaw.

Moments after the shooting, an increasing number of people began to gather at the scene showing anger over the preceding events. The crowd quickly grew to about 200 people and law enforcement from 15 separate departments were called in to help keep the emotionally-charged crowd under control. 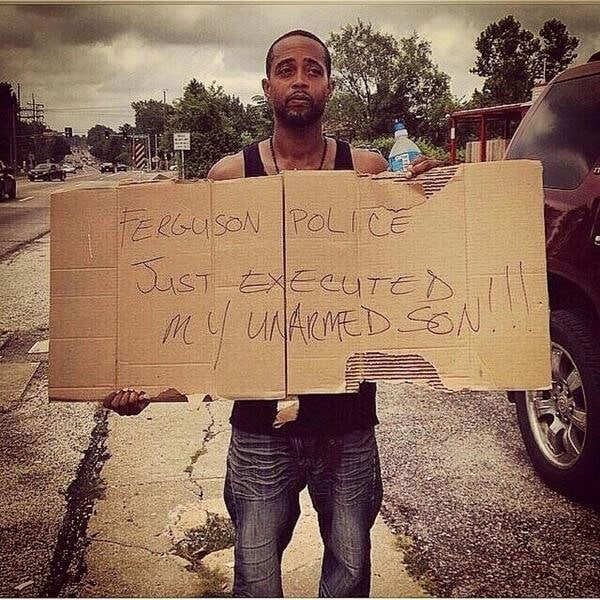 “We’re outraged because yet again a young African-American man has been killed by law enforcement,” said John Gaskin, of the St. Louis County and national boards of directors for the NAACP.

By evening, the angry crowd had made their way to the Ferguson Police Department, protesting from outside and holding signs that read statements such as “No justice, no peace” and “We want answers.” Others read “Stop police terrorism” and “Disarm the police.”

The protests spilled into the day after the shooting as well, with a smaller group of people participating in vandalism and looting. Ferguson Mayor James Knowles acknowledged their anger, but also said that wasn’t the way to go.

“I would like to see him go to jail with the death penalty,” she said on Sunday.

The officer involved has been placed on administrative leave while the incident remains under investigation, as is standard policy following an officer-involved shooting. It is unknown at this time if the officer will face in charges.