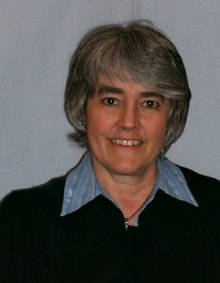 In upholding Maryland’s strict new gun control laws, a federal judge on Tuesday ruled that AR-15 style rifles and others “fall outside Second Amendment protection as dangerous and unusual arms.”

The ruling, in the case of Kolbe et al v. O’Malley et al, pitted a number of plaintiffs including both local and national gun rights groups against Maryland in a challenge to the state’s 2013 assault rifle ban. Filed last September, the case was heard in the U.S. District Court for the District of Maryland who denied the plaintiffs’ request and found for the state.

“Upon review of all the parties’ evidence, the court seriously doubts that the banned assault long guns are commonly possessed for lawful purposes, particularly self-defense in the home, which is at the core of the Second Amendment right, and is inclined to find the weapons fall outside Second Amendment protection as dangerous and unusual,” wrote U.S. District Judge Catherine C. Blake, a 1995 appointment to the court by President Clinton, in her 47-page order filed Tuesday.

Blake went on to explain her reasoning that the 8.2 million AR-15 and AK-47 based semi-automatic rifles known imported to or produced in the country between 1990 and 2012 represent “no more than 3 percent of the current civilian gun stock.” Even this, she maintained, was highly concentrated in an even smaller “1 percent” of the U.S. population.

Going past this argument, Blake wrote that assault weapons, based on studies and briefs submitted by groups such as the Violence Policy Center and the Brady Campaign to Prevent Gun Violence, cause more injuries and fatalities when they are used. Blake even went so far as to state that this class of semi-automatic rifles affected by Maryland’s law is potentially even more deadly than true select-fire machine guns.

“[A]ssault weapons are military-style weapons designed for offensive use, and are equally, or possibly even more effective, in functioning and killing capacity as their fully automatic versions,” wrote Blake.

To explain this, she noted the Supreme Court indicated in Heller that military grade M-16 rifles could be banned as dangerous and unusual, then went on to write “Given that assault rifles like the AR-15 are essentially the functional equivalent of M-16s — and arguably more effective — the same reasoning would seem to apply here.”

Blake also found in her ruling that rounds fired from assault weapons have enhanced penetrating capabilities and therefore pose a higher risk to both law enforcement than the bullets fired from other types of firearms. Nevertheless, when plaintiffs questioned the practice under the ban of allowing retired law enforcement officers to receive and keep assault weapons and large capacity magazines, she dismissed the objection saying, “they are better equipped than the general public to handle and store firearms safely.”

Blake then pointed out that the plaintiffs were unable to give an example of an occasion when an assault rifle or large-capacity magazine, as defined by Maryland’s ban, was used in an instance of self-defense in the state. As such, she held that while the ban does burden the Second Amendment, it does not destroy the right to self-defense under its protections.

“Therefore, although the bans remove a class of weapons that the plaintiffs desire to use for self-defense in the home … there is no evidence demonstrating their removal will significantly impact the core protection of the Second Amendment,” Blake said.

This is not the first time this year that a U.S. District Court has upheld a state-issued assault rifle ban challenged by gun rights groups. In New York at the beginning of the year, a federal judge handed down a ruling on the controversial New York SAFE Act, upholding a majority of the sweeping gun-control law while striking down a portion that limits magazine capacity to seven rounds. In June, another federal court ruled that Colorado’s 2013 gun regulations are constitutional, finding against a number of sheriffs, gun owners and retailers in a suit that challenged these laws.

Maryland Attorney General Douglas F. Gansler, in a statement obtained by the Baltimore Sun, praised Blake’s ruling saying it reflected the state’s view that the law in no way infringed on resident’s rights. The ban, which took effect last October, was cited by firearms industry giant Beretta for its recent decision to move both its manufacturing facilities out of the state to more gun-friendly Tennessee.

However, Patrick Shomo, president of Maryland Shall Issue, one of the plaintiff organizations in the suit, is pledging to appeal the case to the 4th U.S. Circuit Court of Appeals.

“Our community is taking the long view,” Shomo said.