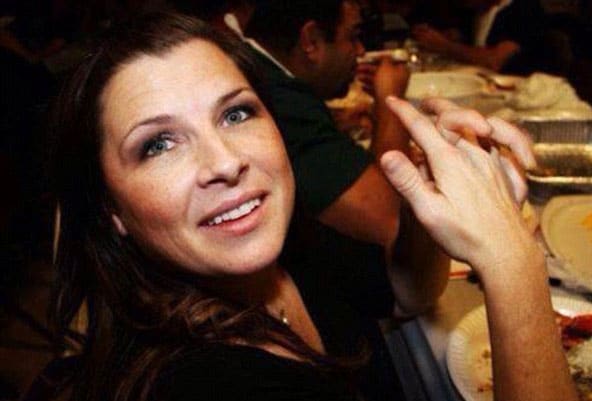 Misty Holt-Singh was taken hostage while inside the bank as her 12-year-old daughter waited outside in the car. (Photo: Facebook)

The results of a preliminary ballistics report released over the weekend show that police, not the suspects, fired the fatal shots which took the life of Misty Holt-Singh, a woman used as a human shield during a shootout with police following a bank robbery last month in Stockton, Fox News reported.

The 41-year-old mother of two was shot 10 times, most likely during the final exchange of gunfire when 33 officers shot at the suspects, who had already fired more than 100 rounds with another 200 rounds remaining.

“Every one of us wishes this tragedy had ended differently,” said Stockton Police Chief Eric Jones during a press conference.

However, Jones said that given the circumstances, officers were left with few choices. The three suspects, Alex Gregory Martinez, 27, Gilbert Renteria Jr., 30, and Jaime Ramos, 19, had already taken three hostages, two of whom were earlier thrown from a vehicle. The suspects had also previously opened fire on officers, and there was fear that more hostages could be taken or the fight would spill over into other businesses.

“We wanted but never had the opportunity for hostage negotiations. The assailants were violent and attempted killing officers very early on,” Jones said. “We believe July 16, 2014, brought dynamics never before seen in law enforcement.”

Although the full investigation is far from completed, authorities felt compelled to disclose the preliminary report for the sake of the family and community involved.

Nonetheless, knowing the truth doesn’t make it any easier for Holt-Singh’s mourning family.

“The manner in which Misty’s life was taken raises serious questions and concerns. The family is hopeful, however, that the promised information, policies, and procedures concerning the events of July 16 will be provided so that a fair, complete, and transparent investigation can take place,” the family said in a statement released through their attorney, Greg Bentley.

Bentley is looking into mistakes that the police may have made during the incident and has requested evidence surrounding the case, including 911 calls, photographs, video and other documents, in addition to law enforcement protocols for hostage situations, pursuits and the use of deadly force.

Martinez and Renteria were killed in the shootout and Ramos now faces murder charges. Authorities are actively searching for a fourth suspect, but currently have little information to go on.

“We’ve been getting tips, but we still need someone to come forward with actionable information,” Jones said. “Based on tips coming in, we believe that there are more people that know more information.”