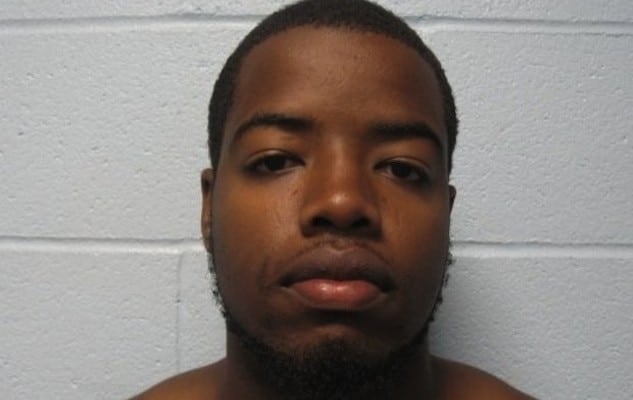 Tyrone Harrison was arrested after pulling a gun on a gas station clerk over a tossed half-eaten hamburger.

A New Jersey gas station clerk found himself staring down the barrel of a gun after throwing a discarded hamburger at a litterbug.

When Tyrone Harrison, 22, was finished with his hamburger, he tossed the remains on the ground of a Mobil gas station in Englewood. When one of the clerks hurled the half-eaten sandwich at Harrison’s car, Harrison responded by pulling out a gun, NJ.com reports.

The clerk tossed the hamburger at Harrison’s car as he was leaving. Nearly 20 minutes later, Harrison returned with a gun and threatened the worker.

Police used the gas station’s security cameras to identify Harrison and he was arrested at his home Monday. But before police took him into custody, Harrison threw a bag of cocaine out second-story window.

Harrison was charged with threatening to commit a crime, simple assault, tampering with physical evidence and drug offenses. He was later released after posting his $88,000 bail.