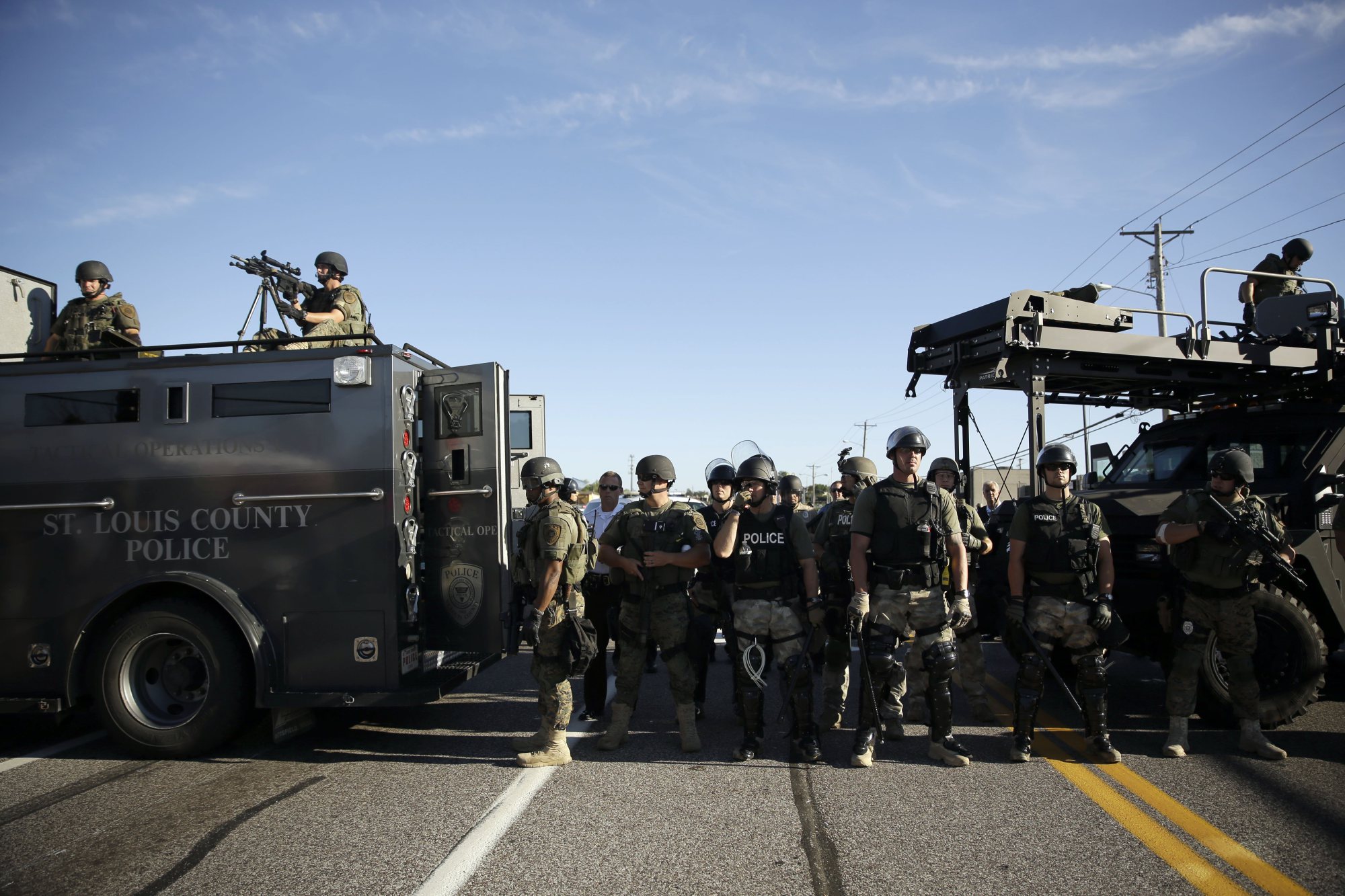 In the wake of disturbing images coming from Ferguson, Missouri, a lawmaker is calling on Congress to restrict a Department of Defense program that provides surplus military equipment to law enforcement agencies.

Rep. Hank Johnson (D-Ga.) penned a “Dear Colleague” letter to fellow members of the House on Thursday concerning his intention to submit for consideration a bill to limit the transfer of automatic weapons, armored vehicles and other items from the Defense Logistics Agency’s 1033 program to law enforcement. Established 24 years ago, according to the program’s website, the office has distributed over $4.3 billion in military property to some 8,000 agencies nationwide.

In a statement to the Associated Press from the DLA, the Ferguson Police Department has been part of the 1033 program. It has received two tactical vehicles — both Humvees — as well as a generator and a trailer and may have received other equipment, DLA spokesman Joe Yoswa said.

Now with images of camouflaged peace officers operating from armored vehicles following the mayhem triggered by the police shooting of an unarmed black teen in Ferguson, Johnson is calling for a review of the program.

“Our main streets should be a place for business, families, and relaxation, not tanks and M16s,” Johnson wrote. In a further statement provided by his office, Johnson was more direct in the timing of his legislation.

“As the tragedy in Missouri unfolds, one thing is clear. Our local police are becoming militarized,” read the statement.

Johnson’s bill, the “Stop Militarizing Law Enforcement Act,” would require expanded congressional oversight of the 1033 program. This would include the DoD certify participating law enforcement agencies to receive requested surplus property and require a final approval from Congress before proceeding. Further, it would prohibit aircraft and drones as well as “tactical vehicles” including Humvees, armored vehicles and MRAPs from being loaned or sold through the program. Besides the flying and rolling stock, the bill also bans surplus suppressors, flash-bang grenades and “Automatic weapons not generally recognized as particularly suitable for law enforcement.”

The language of the bill closely reflects the recommendations of a recent 98-page study on the militarization of the police released by the American Civil Liberties Union. 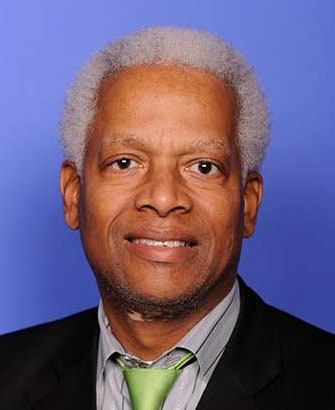 A Democrat, Johnson’s call has already been echoed across the aisle on what is rapidly becoming a bi-partisan issue.

“There is a legitimate role for the police to keep the peace, but there should be a difference between a police response and a military response,” wrote Sen. Rand Paul (R-Ky.) in an op-ed published Aug. 14 in Time on the subject of demilitarizing the police.

A number of other members of Congress, to include libertarian-leaning Rep. Justin Amash (R-Mich.) and his near political opposite Sen. Elizabeth Warren (D-Mass.) issued virtually identical twitter comments Thursday describing Ferguson as a “war zone.”

Even the President’s cabinet has started to weigh in on the amount of military hardware showing up on Missouri’s streets.

“At a time when we must seek to rebuild trust between law enforcement and the local community, I am deeply concerned that the deployment of military equipment and vehicles sends a conflicting message,” wrote U.S. Attorney General Eric Holder in a statement released Thursday.

Holder continued, saying “At my direction, Department officials have conveyed these concerns to local authorities. Also at my direction, the Department is offering – through our COPS office and Office of Justice Programs – technical assistance to local authorities in order to help conduct crowd control and maintain public safety without relying on unnecessarily extreme displays of force.”

Holder’s remarks alluding to training issues may lead one to ask just what sort of tribal knowledge is passed on to law enforcement agencies that receive surplus military equipment. For this, a network of facilities were established at about the same time as the DLA activity. 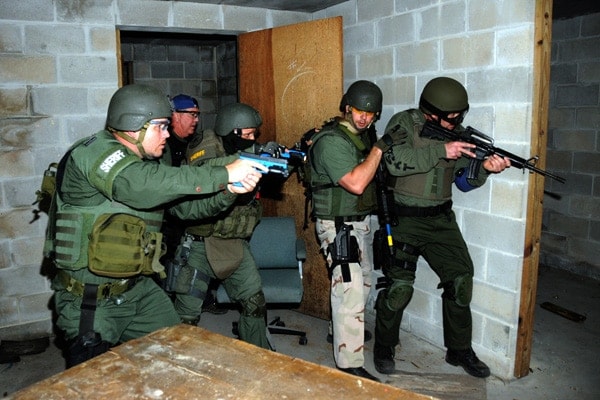 In addition to the 1033 program, the National Guard Bureau, using as much as $19 million in DoD funds annually, runs a series of Counterdrug Training Centers. Since 1991 these five centers have trained nearly 681,000 mainly civilian law enforcement officers in a variety of courses that range from interrogation to tactical entry. Facing an already tough time securing funding in today’s shrinking defense budget, increased congressional scrutiny such as what Johnson is proposing for the 1033 program may doom this little-known companion program as well.

Some, however, are not impressed with the performance being illustrated by the police on the ground in Ferguson, even providing their stocks of military-style equipment.

In a telling commentary on the issue, Kelsey Atherton has put together a Storify feed of veterans commenting on the ongoing issue in Ferguson, which appears to take a dim view of the tactics being displayed by police.

“The general consensus here: if this is militarization, it’s the shittiest, least-trained, least professional military in the world, using weapons far beyond what they need, or what the military would use when doing crowd control,” reads the preamble to the feed.

The Stop Militarizing Law Enforcement Act is expected to be submitted to the House in September.