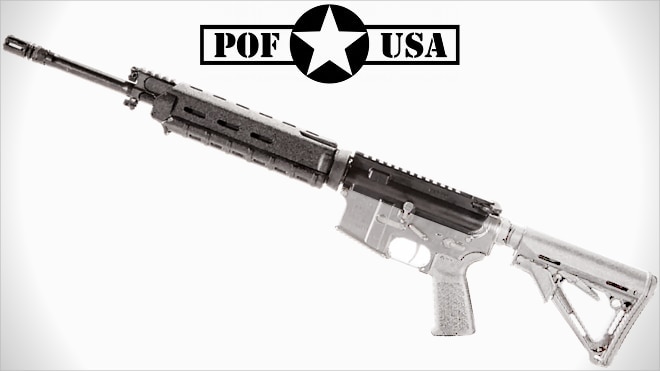 Recently, the Patriot Ordnance Factory introduced the Puritan series piston-driven AR-15 rifles. The Puritan is a features-light take on its high-end P416 rifles designed to deliver the same quality and function at a reduced price.

The Puritan is at heart, the same as the P416 upper. It uses the same short-stroke gas piston system and the same unique chamber profile that makes the original design so reliable. The Patriot uses the same forged MIL-SPEC upper receiver and is built with all the same expertise.

What makes it so much less expensive than the standard POF rifles is a standard-profile barrel, traditional A2-style flash hider, receiver-height railed gas block and two-piece drop-in Magpul MOE handguards.

The original rifles have fluted barrels, custom muzzle breaks, a low-profile gas block and a monolithic receiver-length handguard that provides a single railed surface out beyond the barrel nut for mounting optics directly to the handguard. These features add up, which is why the Puritan, like its namesake, eschews them.

Everything else is made to the same proven standards as other POF rifles. The company isn’t cutting corners to make the Puritan more wallet-friendly.

That being said POF doesn’t make entry-level rifles and even its budget option is another company’s flagship offering. Complete Puritan rifles retail for around $1,400, where the standalone uppers are listed at $999. But for now POF is selling them for $899, which is even more appealing.

Even though the E² system lets a small amount of gas around the cartridge, the gas piston system more than makes up for any chamber fouling compared to a direct-impingement rifle.The E² extraction system is a new type of chamber design by POF that adds flutes along the neck of the chamber and leade. These allow a small amount of gas around the neck of the case, which breaks the seal around the front of the case and pushes the case out from the front. This improves the reliability of ejection, reduces wear on the ejector and decreases the chance of a major stoppage in the field.

Chambered for 5.56 NATO, the upper has a 16.5-inch barrel with a 1-in-8-inch twist for use with a wide range of bullet weights. The barrel is MIL-SPEC “machine gun rated” 4150 chromoly steel with a nitride heat-treated barrel for longevity, accuracy and corrosion-resistance. 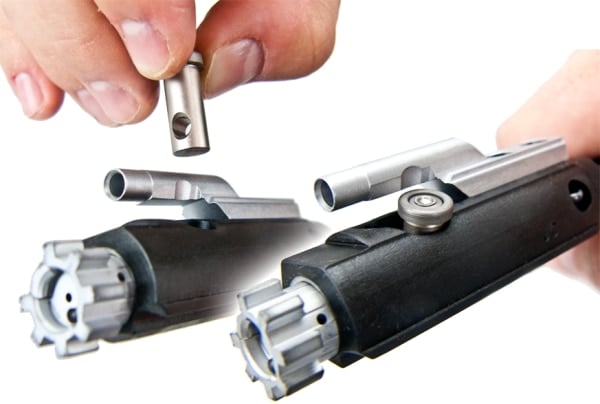 The short-stroke gas piston block has three positions, standard, suppressed and single-shot. In single-shot mode the action must be manually cycled like a bolt-action gun but has the advantage of running very quietly.

Most of the components are machined billet, including the gas block, gas plug, chromed gas piston, and Nickel Boron- finished bolt carrier group. The bolt and carrier are chrome lined and nickel-plated and use a roller cam pin to limit receiver wear.

Every component of the Puritan upper is made in the USA. For more details and specifications head over to the POF product page. If you’re looking for an unstoppable AR-15 upper receiver, then the Puritan should be on your radar.