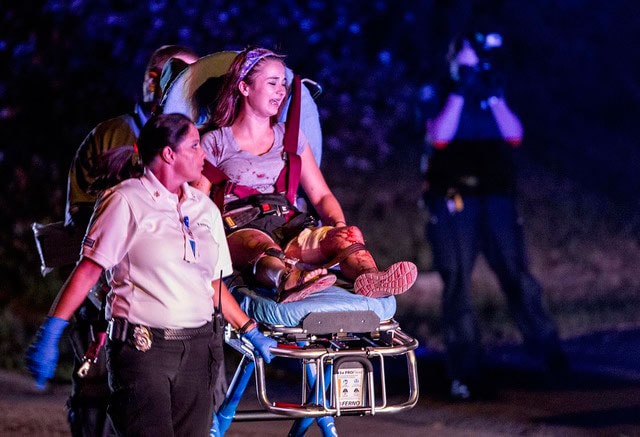 Ashley Womack and Michael Little had apparently broken up a few weeks prior to the incident. (Photo: Knox News)

A dispute between a Knoxville police cadet and his ex-girlfriend Friday night became deadly when he opened fire on the girl, her family and a friend before the girl’s brother grabbed a rifle and ended the cadet’s shooting spree.

According to local media, 21-year-old Michael Little showed up at 19-year-old Ashley Womack’s house Friday at about 11:30 p.m. Womack’s parents, Rhonda and Guy, her brother, Joshua, and Travis Wegener, who was described as a family friend, were all at the home when Little arrived.

Little allegedly walked up to the home and spoke with Ashley’s family, as well as Wegener on the back patio of the home. Little then turned and began to walk back towards his car, as if he was going to leave, but instead retrieved a .45-caliber handgun. He opened fire, striking Rhonda and Wegener, before walking towards the back of the home and shooting Ashley.

Ashley’s brother, Joshua, retrieved a .22-caliber rifle and fired back at Little, striking him several times.

“I heard pop, pop,” said one neighbor who witnessed part of the shooting. “Then I came outside and I heard some screaming. I heard a girl screaming in there, like screaming really loud, screaming, ‘Please stop, please stop.’ Then I heard gunfire.”

Ashley’s brother and father were not injured during the incident.

“Our thoughts and prayers go out to their family. This is a tragic, tragic incident,” said Knoxville Police Chief David Rausch, who also confirmed that cadets are not issued firearms and the gun involved was not from the department.