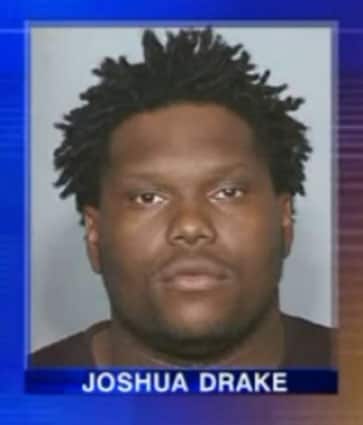 Joshua Drake had a prior criminal history, including a prior charge for armed robbery. (Photo: Fox)

An attempted robbery of a high-end eye wear boutique in the Bayside area of Fox Point, Wisconsin, Thursday resulted in an exchange of gunfire between an employee and the suspect, who was fatally shot. Friends and family of the suspect, although saddened and still in shock, hope that his death will be a wake-up call to others immersed in a life of crime.

Joshua Drake, 22, walked into Innovative Optique around 12:30 p.m., armed with a gun and intentions of robbing the place, according to reports. The boutique had been a target for three robberies in the last month alone and, according to a local Fox affiliate, the owner, Lupe Aguilar, had just recently purchased a gun.

A shootout occurred after Drake entered the store, and nearby shop owners said they heard about a half dozen shots. Aguilar was not injured during the exchange, but Drake was pronounced dead at the scene once authorities arrived.

“It’s a big fear, and I know I spoke to him after the last robbery, and we discussed it as business owners how terrifying that is to be in that position and you know to protect yourself and be safe,” Nancy Witte-Dycus, a friend of Aguilar, told reporters.

Other shop owners nearby voiced the same concern.

Friends and family of Drake agreed and wished he would have made better choices in his life.

Drake’s father, Antoine, told a local CBS affiliate that his son left home about nine months ago after he was given an ultimatum – get a job or go back to school.

The father said his son had been heading down the wrong path from the time he was a teenager.

Keonia Lidell, who was friends with Drake, said that just the day prior to the shooting, he stated he was going to get his life together.

“A lot of men he hung out with looked up to him, like a big brother,” Lidell said. “With them looking up to him, I hope they know this is a wake up call and they need to get it together.”

Lidell added that although she is upset over Drake’s death, she does not blame the business owner for what he did.

“You can’t just go around doing what you want to do and think that nothing’s going to happen,” she said. “People got to protect their business and, you know, you can’t get mad. You can’t be mad at the guy.”