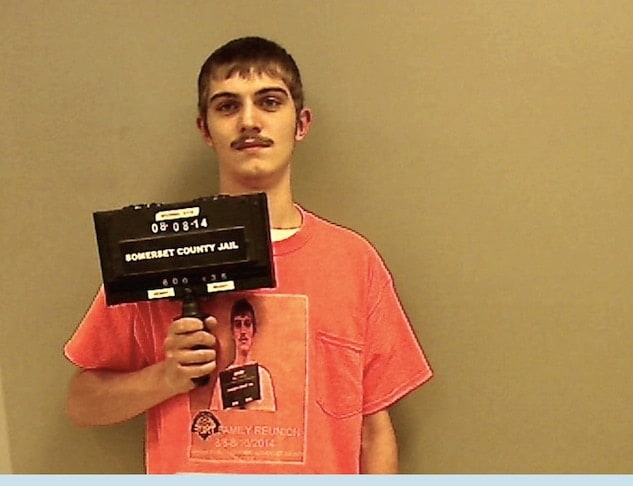 Robert Burt took the ultimate selfie when he posed for his mug shot while wearing a T-shirt with a photo of him in a previous mug shot.

One Maine teen prepared for his drunken driving arrest and subsequent mugshot by wearing a T-shirt with a photo of his previous mugshot.

Robert Burt, 19, was arrested for driving under the influence in Pittsfield on June 19. He was taken to the Somerset County Jail where he took what will surely be a memorable booking photo.

Corrections officers made sure Burt’s booking photo captured his custom made T-shirt, even asking him to hold the slate out of the way.

“They laughed there asses off haha,” Burt posted to his Facebook page after he was released from jail.

Burt plead guilty and was sentenced to two days in jail, which he completed earlier this month.

Proud of his crafty mug shot, which could be considered the ultimate selfie, Burt posted to Facebook, “Probably the best mug shot ever haha.”