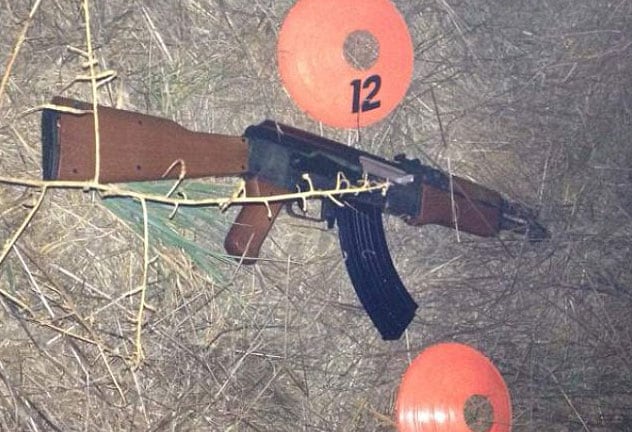 The fact sheet discourages modifications to toy or replica guns, which, as demonstrated in the case of 13-year-old Andy Lopez, can make a toy gun appear to be a very real one instead. (Photo: The Press Democrat)

In an effort to reduce the number of preventable gun-related deaths among youth, some Sonoma County, California, schools are opting to send a “Firearms Safety Fact Sheet” home with students this school year.

The idea for the flier was introduced by the county Board of Education after a 13-year-old boy was fatally shot by a sheriff’s deputy in October while carrying toy gun made to look like an AK-47. The orange tip, required by law to distinguish toys from their very real counterparts, had been removed and, according to the officer, the boy did not drop the “weapon” despite several warnings to do so.

The tragic shooting resulted in outcry from the community, as well as proposed legislation aimed at preventing such incidents in the future. But the Board of Education wanted to take a more proactive approach in preventing future occurrences, and thus the Firearm Safety Fact Sheet was created.

“We decided we have the resources, we have the ability to reach a lot of people, and if we can save one life, it’s so worth it,” Board Chairwoman Kathleen Willbanks told The Press Democrat.

It took several months to finish the completed flier, all the while the board discussed the proposed content with lawyers and a firearms-safety instructor. Supervisors of the county’s 40 school districts were also given the opportunity to add input about the fact sheet.

“We wanted to keep the politics out of it,” said board member Gina Cuclis. “This is all about information, safety for kids.”

In the end, what was created was a one-page information sheet highlighting that 58 youth in the county died from firearm-related homicides, suicides and accidents between 1991 and 2011 — the flier citing statistics from the California Department of Health. In addition, the fact sheet lists several suggested safety measures for parents who are gun owners.

Among the recommendations are storing firearms in a locked container or with a trigger lock and storing ammunition in a separate location. Suggestions also include talking with your youngsters about firearms and encouraging them to “Stop. Don’t Touch. Leave the Area. Tell an Adult,” if they ever discover a firearm, as well as the legal repercussions for not abiding by the state’s safety laws pertaining to gun ownership. The tips also touch on replicas and toy guns and, lastly, it recommends parents lead with a positive example and continue to educate themselves on firearm safety.

Each individual school district in the county has the option of choosing whether or not to hand out the flier and the Board of Education cannot require a district do so. Nonetheless, some districts are sending the sheet home with students when they return to class, while another is simply providing access to the information through its website. Another district has opted to send the safety sheet home with students later in the year, as a means to highlight its importance rather than having it get lost in the stacks of back-to-school papers typically sent home at the beginning of the year. Some schools are still considering how to use the information, while at least one district says it will not be circulating the fact sheet at all.