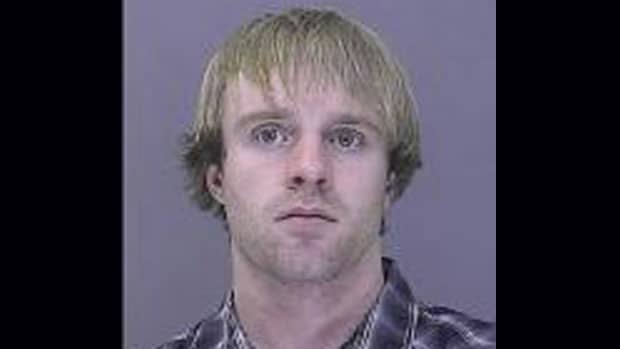 Anthony Ray Tullis was shot dead by his victim after assaulting her for more than five hours. (Photo: Pope County Sheriff’s Office)

A domestic violence incident last Wednesday in a rural area of Minnesota came to a fatal end for the suspect when the woman he was assaulting was able to gain control of the man’s rifle.

According to a press release by the Minnesota Department of Public Safety, authorities received a 911 call around 11:30 p.m. The woman placing the call, Ivy Winter Reutzel-Morrell, told the dispatcher she had just shot a man in her home in Pope County, about 140 miles west of Minneapolis.

When sheriff’s deputies arrived, Reutzel-Morrell was sitting outside. Once they entered the home, officers discovered the body of 25-year-old Anthony Ray Tullis. He was pronounced dead at the scene from an apparent gunshot wound.

Reutzel-Morrell told authorities that Tullis, who also lives in the home, had held her against her will in the home for more than five hours. He forced her into a bedroom where he repeatedly assaulted her during that time. Tullis, who was armed with a rifle, also made numerous threats and told the woman he was going to kill her.

However, at some point during the assault, Reutel-Morrell was able to break free and gain access to Tullis’ rifle. Although the details of what exactly transpired have not been released, the woman presumably still feared for her own safety and likely her life. Reutel-Morrell turned the rifle on Tullis and opened fire, striking him a single time.

Authorities did not indicate how many shots were fired or where on his body Tullis was struck.

The Midwest Medical Examiner’s Office is awaiting toxicology test results for Tullis and while the incident continues to be under investigation, once completed, the case will be given to the Pope County Attorney’s Office for review.

Reutel-Morris has not been taken into police custody and it is unknown if the couple had a prior history of domestic abuse.