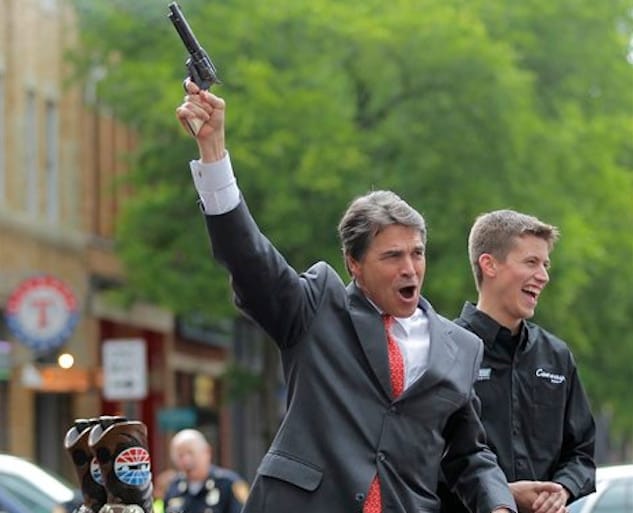 Gov. Rick Perry is legally prohibited from carrying a concealed firearm while under his indictment.

Texas Gov. Rick Perry lost his right to carry a concealed firearm after being indicted Friday on two felony counts of abuse of power.

While under his indictment, Perry is not allowed to carry a concealed firearm in a public place, and according to federal law 18 USC 922(n), he’s also legally prohibited from buying guns and ammunition, Austin American-Statesman reports.

The letter of the law reads:

“It shall be unlawful for any person to sell of otherwise dispose of any firearm or ammunition to any person knowing or having reasonable cause to believe that such person (1) is under indictment for, or has been convicted in any court of a crime punishable by imprisonment for a term exceeding one year.”

However, if Perry is acquitted of his indictment, he will regain his rights.

Perry was indicted for coercion and official oppression after he vetoed millions of dollars in funding for Travis County District Attorney Rosemary Lehmberg last year. On Tuesday, he turned himself in to the Travis County Justice Center to be fingerprinted and have his mug shot taken, though he was not arrested.

If convicted, Perry faces up to 109 years in prison.