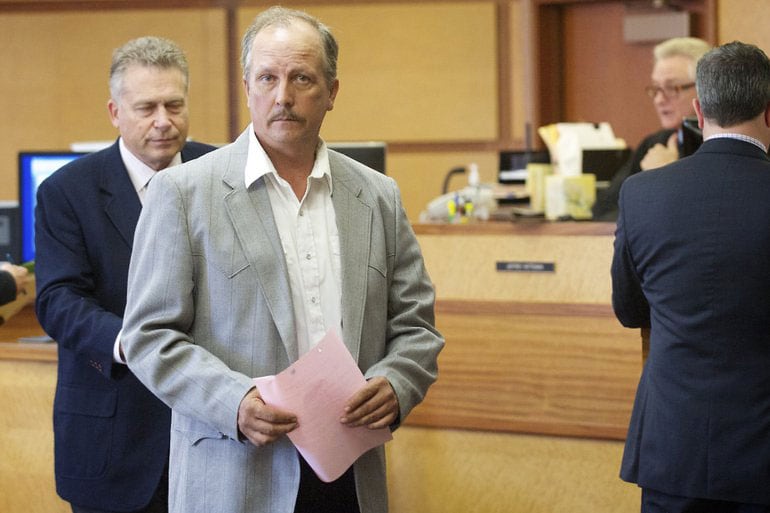 It’s unclear if Jeffery Barton would have been in less trouble had he forwent Vice President Joe Biden’s advice and fired an AR-15, or other semi-automatic weapon, instead. (Photo: The Columbian)

A Clark County prosecutor dismissed firearm-related charges against a Vancouver, Washington, man following an incident in July when he fired a shotgun into the air in an attempt to scare off prowlers he caught on his property and who he suspected were breaking into cars, The Colombian reported.

Jeffrey Barton was originally charged with illegal aiming or discharging a firearm because he fired the shots from within a county-designated no-shooting zone. But Barton made headlines after placing the blame on advice given by the vice president.

“I did what Joe Biden told me to do,” Barton said following the incident. “I went outside and fired my shotgun in the air.”

Barton was referring to an interview in February when Biden, in essence, said AR-15s, or other semi-automatic weapons, aren’t needed for home defense because shotguns are sufficient.

“If you want to protect yourself, get a double-barrel shotgun,” Biden said in the interview, before he went on to describe a conversation with his wife. “I said, ‘Jill, if there’s ever a problem, just walk out on the balcony here … walk out and put that double-barrel shotgun and fire two blasts outside the house.’”

Barton took that exact advice, but found himself in hot water because of it.

Regardless of whose advice Barton may have followed, Clark County prosecutor Tony Golik said, “A person, even in a no-shooting zone, still has the right to defend their person or their property. In this case, based on the facts, there is a reasonable argument that Mr. Barton may have been defending his person and property when he fired in the air.”

Golik felt it would be unlikely a jury would be convinced beyond a reasonable doubt that the law was violated when Barton fired the shots.

However, Barton isn’t completely off the hook for following the advice of the vice president.

Golik confirmed the firearm charge would be replaced with a charge for obstructing a law enforcement officer instead, citing he could not provide specifics about the charges. Barton’s trial is tentatively scheduled to start the end of October.

“They have to charge me with something,” Barton said, claiming the prosecutor still had no grounds for the lesser charge.

“Tony Golik is desperately grasping at straws to keep his ass out of a civil suit,” Barton said. “Which he’s going to get anyway.”