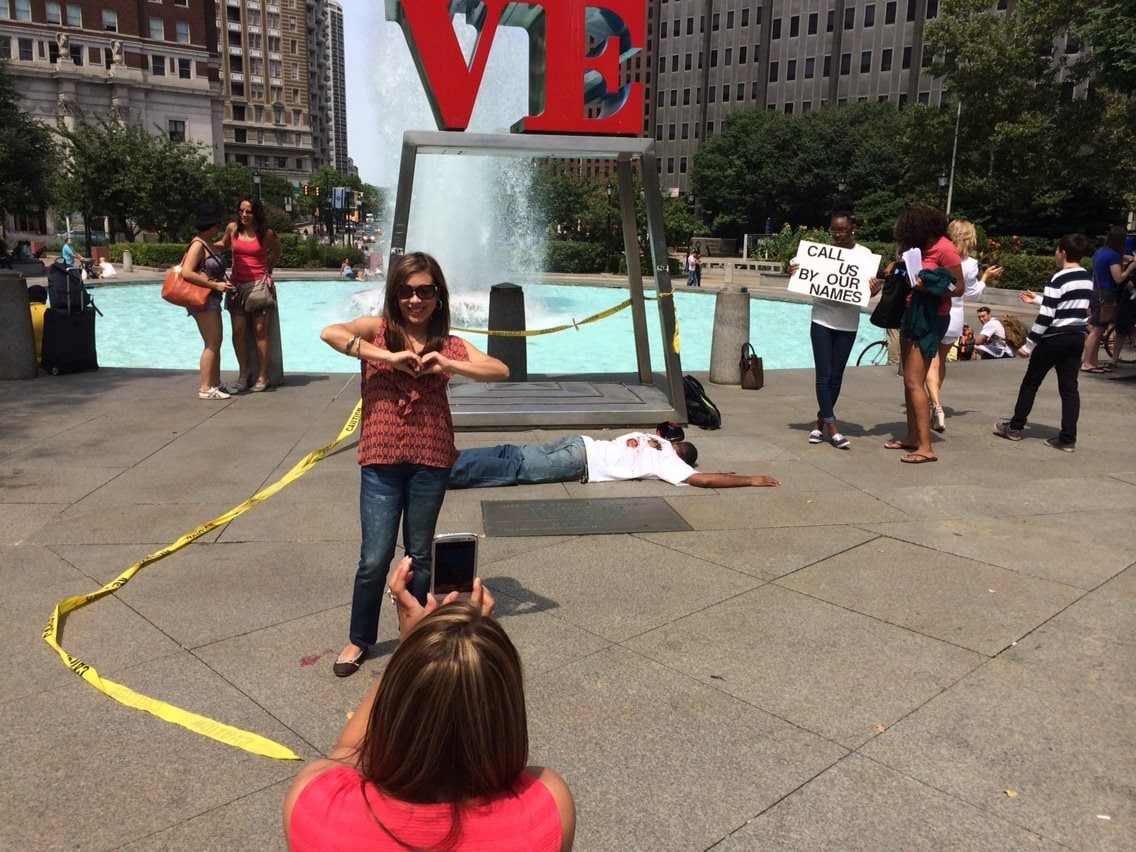 A group of activists silently protesting the police killing of Michael Brown set up camp in Love Park in Philadelphia, but the fake dead body didn’t stop tourists from snapping photos.

The performance artists cordoned off the LOVE sculpture with caution tape, held a sign that read “call us by our names,” and an actor posed as the slain Brown. While some paid their respects upon seeing the silent protest, others completely ignored it.

“The onslaught of passerby’s (sic) wanting to take photos with the LOVE statue exemplifies the disconnect in American society. Simply frame out the dead body, and it doesn’t exist,” the tumblr blog Ra’s Al Ghul is Dead said describing the event.

“As the photos show, the social experiment and silent protest highlighted the peoples (sic) reaction in the foreground of the photo. In this context the people become the performance art, and the faux dead body becomes a backdrop,” the blog added. 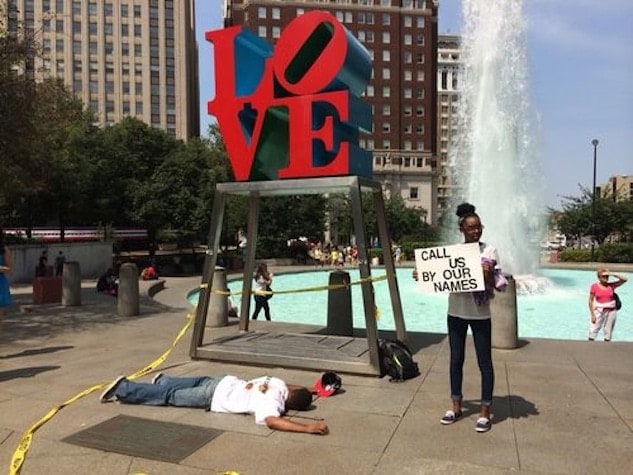 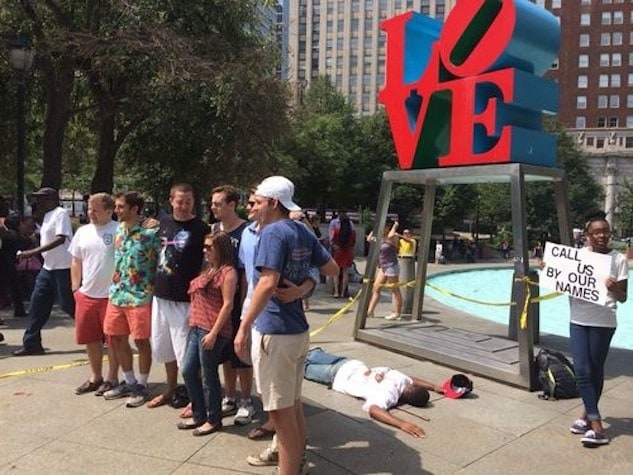 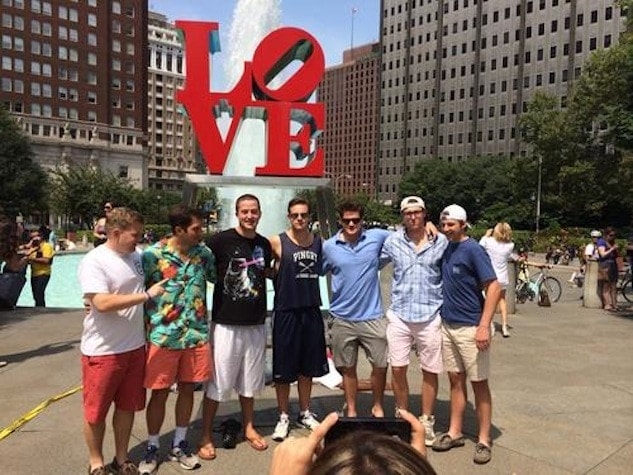 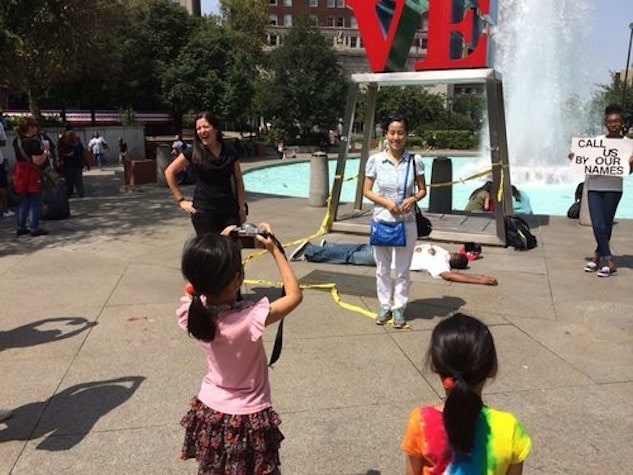 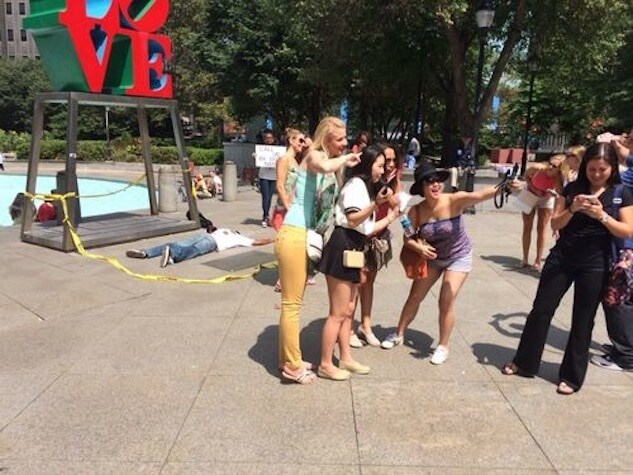 To see more photos from the performance, check out #CallUsByOurNames on Facebook.