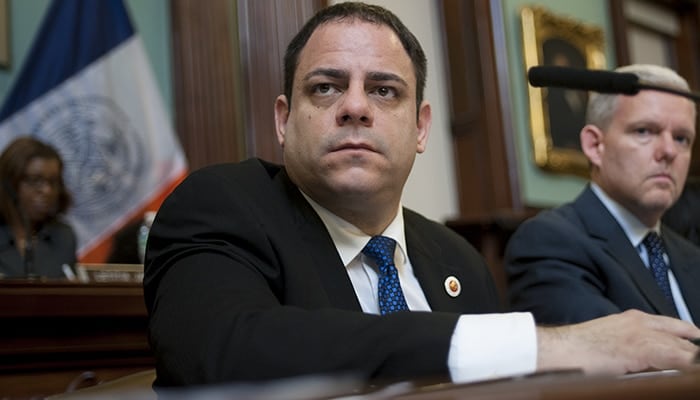 Lawmakers in New York City are backing a public gun offender registry — much like those for sex offenders — as part of crime and punishment in the nation’s largest city.

The measure would allow general access to the city’s database of those who have been convicted of gun crimes via the internet. Offenders are currently required to have their name, description and block address listed for a period of no less than four years after their conviction or release.

The move comes as part of the city’s revamped war against gun violence which has seen a 12 percent uptick since last year.

“Gun violence is a public policy challenge which requires a multitude of solutions. Protecting the public’s right to know their neighbor is an essential building block of fostering stronger community relations. The Gun Offender Registry bill will better equip our city in the effort to combat and eradicate gun violence,” Constantinides said.

The legislation itself will take the current gun offender registry, established in 2006 and searchable only to law enforcement and designated individuals, and place it in a sub-directory that will be openly searchable by the public. Updated monthly, it will contain the residential information similar to that of a registered sex-offender, of New York City residents with convictions in gun-related crimes.

Individuals can sign up for email alerts whenever a registered gun offender moves into their neighborhood. New York was the first to establish a gun offender registry and was soon followed by Baltimore and Washington D.C. The use of these registry acts, while not officially endorsed by gun control organizations, such as Mayors Against Illegal Guns, openly praise their utility.

Recently, the mayor of Cleveland, Ohio, proposed a sweeping gun control bill in that municipality that would establish a similar registry there. Should New York City approve to open the books on its registry, it would join Chicago as the only other database in the country that is publicly searchable.

Although it has not weighed in on the Big Apple’s new gun control bill, the New York State Rifle and Pistol Association opposed a similar 2013 push by the city to establish a public registry.

“If you’re going to do that, let’s do the whole thing, let’s put every criminal online,” NYSRPA President Tom King said. “Why single out people who have been convicted of gun crimes?”

If implemented in its current form, gun offenders could have their information removed four years after their conviction or release date, whichever is later. City lawmakers were unapologetic to the aspect of public shaming that goes along with such legislation.

“If you committed an act of gun violence, if you shot somebody, and you don’t want to be put in the public spotlight, if this is going to embarrass you too much then you know what, just stay away from guns. Don’t do the crime,” Bronx Borough President Ruben Diaz, Jr. told WFUV.

The bill has been referred to the Council Public Safety Committee for further discussion.