How I chose a perfect first carry gun: The Glock 19 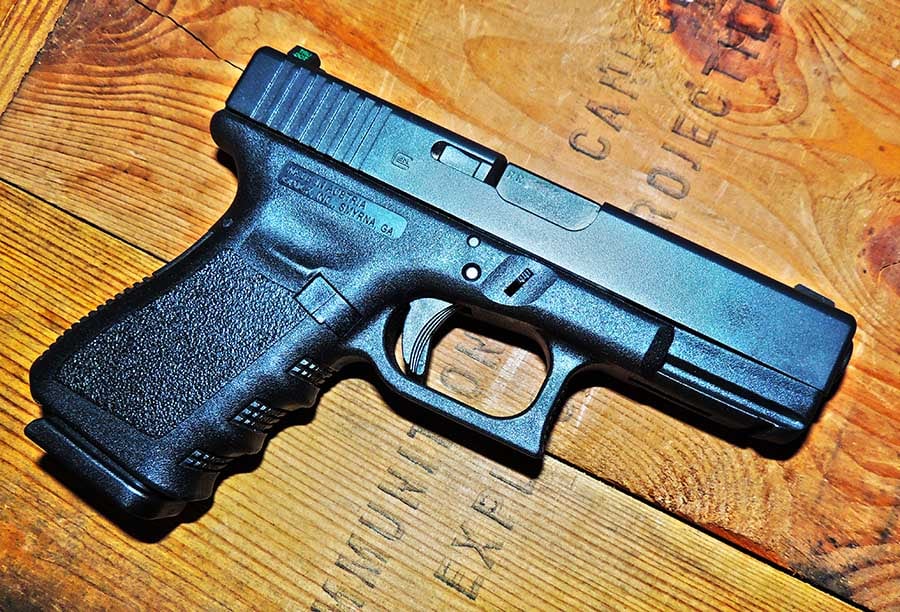 Worried about which gun you should choose for CCW? Don’t, just buy a Glock 19. (Photo: Henry Kadoch)

I got into guns late in life; guns were never part of my family’s culture. For the most part, I didn’t think I needed one. However, like many of you, as I got older and saw some of the things happening in the world, carrying a firearm to defend my family and I, began to make much more sense.

Like most people in my situation, I spoke to a friend who owns guns and asked for advice. We discussed several semi-automatics handguns, including the regular suspects like Glock, SIG and Springfield moving on to calibers, ammo selection and basic home defense strategies.

After some reflection, I decided it was time to get a gun. Having virtually no experience with firearms, I decide to attend an introduction to handguns course, offered by one of my local gun stores, together with my wife.

The half-day course covered the fundamental rules of safety, different types of handguns and their operation ammunition types state firearms laws and included a short range session where students were able to try several guns. I honestly don’t remember what guns I shot that day, but I definitely remember how loud they were! 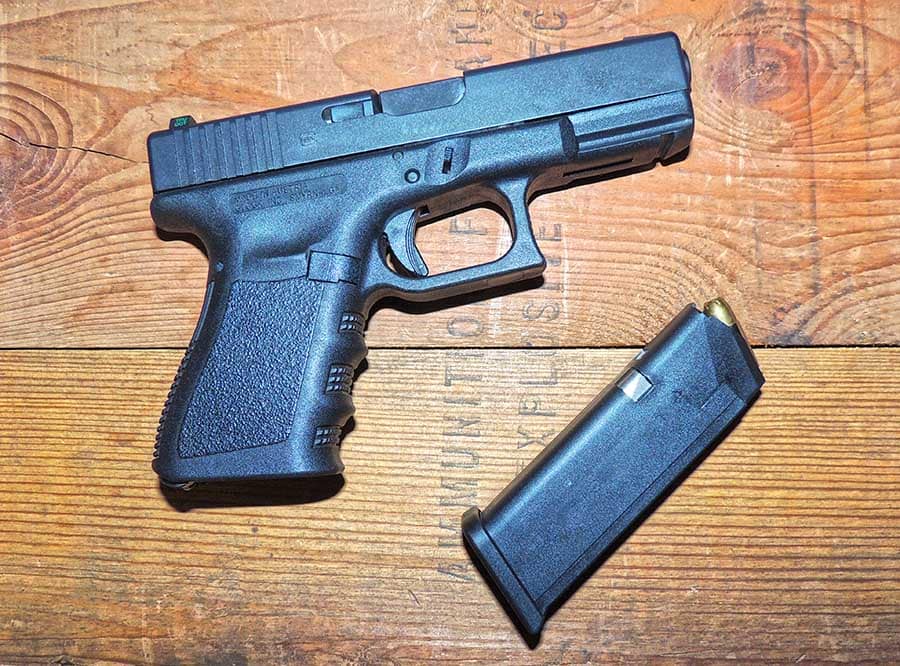 Afterwards my wife and I browsed the gun store’s offerings, handling several models before settling on a pair of Glock 19s chambered in 9x19MM. Glock is one of the few manufacturers that I had read quite a bit about, and everyone seemed to think that it was a good first gun. Writers and local gun enthusiasts alike praised its ease of use, reliability and affordable price. Personally, I felt it was a good balance of size, weight and ammo capacity with unparalleled reliability. My wife and I happily walked out of the store, that very same day, with our new pistols, a few boxes of ammo holsters and a cleaning kit.

Some folks might wonder why I went with a 9MM Glock as opposed to  a .40 S&W or .45 ACP model. For me it boiled down to economics and capacity. With the 40 caliber Glock 23, I would have gained an increase in stopping power with only a slight loss of capacity, but the increased cost of ammunition meant I couldn’t afford as much ammo to practice. The same applies to the .45 ACP, Glock 21 except it’s much larger and holds two less rounds.

Once we got home, I began to get to know the Glock; how to load, disassemble clean and operate it. Once I felt comfortable with its basic operation, I poured over the entire manual, trying to commit every step to memory. This might seem unorthodox to readers now, but I’m one of the few people who actually read the freaking manual. 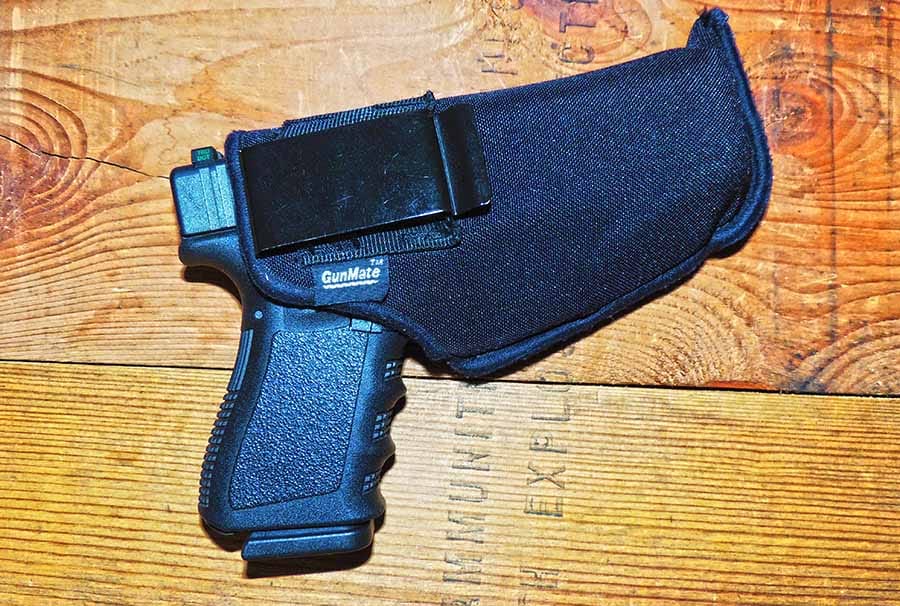 My first few visits to the range were somewhat short of my expectations; among the noise recoil, and my lack of experience, it was far more difficult to hit what I was aiming for then I had imagined. Though, I’m sure that’s not all that unusual for a rank beginner, it was initially disheartening. But I kept at it; I watched the other shooters, asked questions talked to the range guys, and kept shooting. Once I was more accustomed to the gun, noise flying cases recoil and the fundamentals of shooting, I slowly began to become more accurate with it. One of my most difficult obstacles to overcome was my short-sightedness; with my glasses I can see the target very well, but the sights are blurry. The opposite is true when I remove them, leaving my in a precarious situation, since shooting requires eye-protection, I needed to wear glasses to shoot.

During the following years, I acquired several other pistols, shotguns and even a few rifles, but I always returned to my Glock 19. It’s the gun I learned to shoot with and the one I am most accurate and comfortable with. Additionally, it has all of the features I feel I need in a carry gun: large enough to comfortably shoot, yet small enough to conceal, and with its 15-round magazine capacity, I never feel undergunned.

My Glock 19 rides in a very basic, inexpensive GunMate nylon holster, which I like because the belt-clip is high enough on the holster to afford me partial concealment of the gun’s butt inside my pants. This is crucial to me, because my usual attire consists of shorts and a t-shirt. I prefer appendix carry, because I’ve found it to be the most comfortable for me with the lowest risk of accidently brandishing the weapon in public. 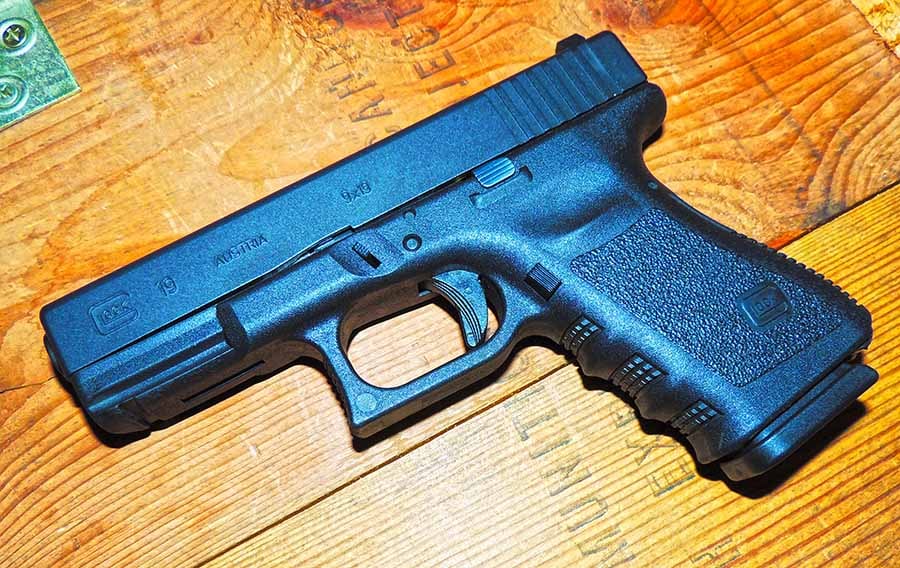 The AK-47 of handguns, will outlast most shooters (Photo: Henry Kadoch)

I still carry the somewhat bulky Glock 19, it might be too large for some shooters to conceal but I chose functionality and usability over ease of concealment. Despite owning several carry alternatives, I always return to the Glock because it’s my most reliable handgun and the one I’m most comfortable and accurate with.

The Glock won’t work for everyone, which is why it’s important to try as many pistols as possible; finding the perfect match of capacity, stopping-power, cost and concealability can take weeks, but is worth the effort, time allowing. Whatever weapon you end up choosing for your personal carry pistol, be sure to practice with it often and if at all possible, with the ammunition you intend to carry. The best handgun in the world is simply a brick once it jams in a firefight.