Blind convicted felon shoots armed intruder, who turns out to be his nephew (VIDEO) 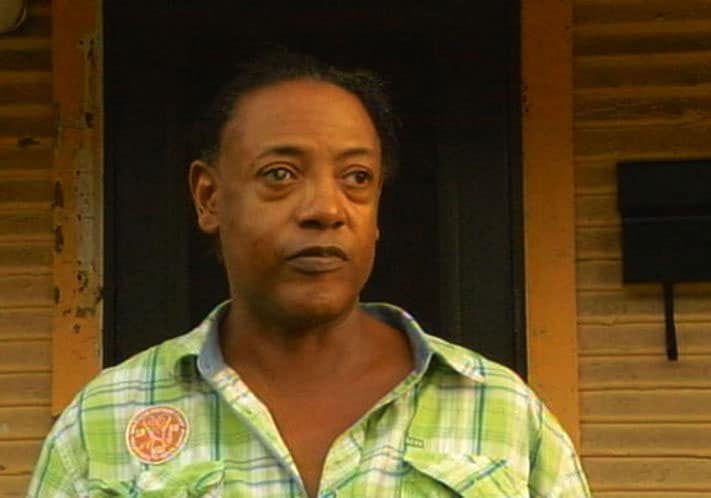 “I was in the dark, and I was ready to unload that gun until I heard his voice,” the man said. (Photo: Tampa Bay Times)

A questionable series of events Sunday night ended with a 15-year-old boy getting shot the leg, and his blind uncle who pulled the trigger wondering what went wrong.

Melchisedec “Maya” Williams took his nephew in about a month ago after his mother went to jail. According to Williams, there were no other family members willing to take him.

“The more I tried to help him, the more he had this hatred towards me,” Williams told the Tampa Bay Times. “This boy has got a real demon inside of him. But I never imagined he would try to come in and kill me.”

Investigators discovered the teen had cut power to the house before breaking the glass in a window to gain entry into the home. Once inside, the teen took a knife from the kitchen and began to make his way towards the bedroom where Williams was sleeping.

However, the sound of glass shattering awakened Williams, who then armed himself with a handgun he kept hidden in a sock tucked away in a nearby drawer. Williams, who due to glaucoma is completely blind in one eye but has limited vision in the other eye, called out to his great-nephew, but received no response.

Williams could make out a shadowy figure with a flashlight coming his way, and although he is legally blind, his other instincts told him his life was in danger. He squeezed the trigger, striking the figure, and at that point realized it was, in fact, his nephew.

The teen was struck in the leg, where the bullet pierced a main artery. A neighbor called 911 after the teen stumbled outside. He was transported to the hospital where he remains in serious but stable condition. His injuries do not appear to be life-threatening.

Williams believes there was a second person in his house as well and there were two knives taken from the kitchen.

The incident comes just weeks after the National Rifle Association received criticism for airing a video defending the right of blind citizens to carry guns in public.

Williams, who was not injured during the incident, said he acted in self-defense.

“Honestly I think they was coming in to try to kill me,” he said. “Cutting the power off to my house, arming themselves with two steak knives, that’s the only thing I could see that was coming to do, to do me bodily harm.”

Williams said he believes the teen is angry at him for recently telling his mother he thought the boy was gay. Williams, who is also gay, wasn’t trying to cause any sort of trouble, it was just something he thought the boy’s mother should know.

The teen’s grandmother, Frankie Harris, said he has been troubled for years and apparently been in and out of the juvenile detention center several times. In fact, he was just released a week prior to the break-in.

Harris said the only thing she knows to do anymore is simply pray for the boy.

Although the initial investigation indicates that Williams acted in self-defense, he may not necessarily be completely off the hook. Williams served four and a half years in a state prison back in 1993 on felony convictions. As a convicted felon, Williams has lost the right to legally own a firearm.

No charges have been filed against either the teen or Williams, who says he has no remorse for what he did.

“It’s sad what happened, but I’m glad it happened. That way it took him off the streets and people can sleep calmer at night,” he said. “Maybe it will be a wake-up call.”