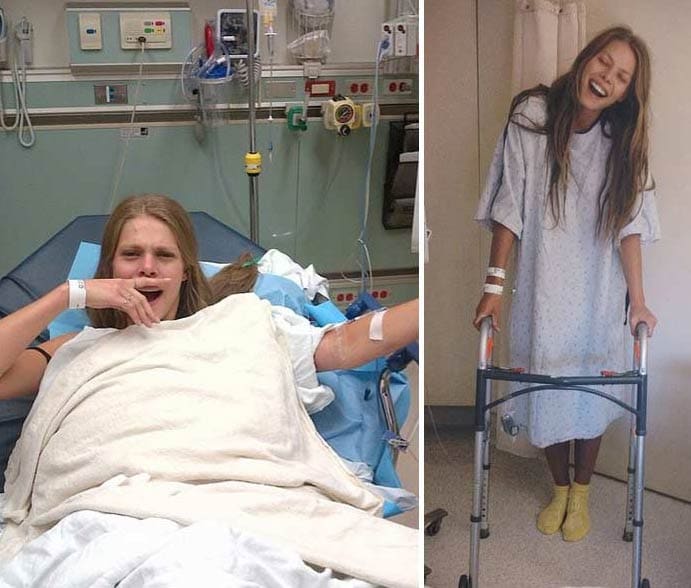 Model Megan Hawkins in the hospital after her “ass took a 9mm.”

While Brown is rumored to have been the intended target (along with Justin Bieber), music mogul Suge Knight was shot six times.

Knight, who also suffered a gunshot wound at Kayne West’s VMA party in 2008, was reportedly released from the ICU of a West Hollywood hospital, TMZ reported.

Two other individuals were wounded in the night club shooting, one being model Megan Hawkins who was grazed by a round in her buttocks.

While recovering in the hospital, Hawkins posted the following photos with the caption, “my ass took a 9mm and I’m keeping it as a souvenir.”

A suspect has been apprehended in connection to the shooting, but authorities are currently withholding their identity.