TrackingPoint responds to attacks: An attack on guns is an attack on freedom 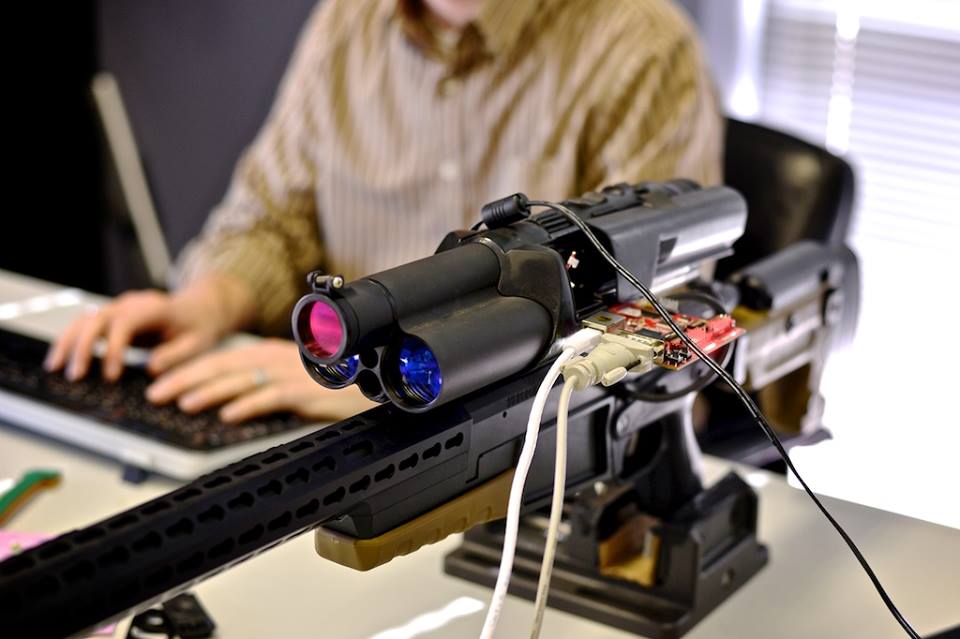 TrackingPoint programs software into the scope that calculates everything for the shooter except wind. (Photo: TrackingPoint/Facebook)

TrackingPoint launched in January 2013, a month after the Sandy Hook school shooting and four months before U.S. senators voted on federal gun legislation, but despite the fiery debate about gun rights and gun control, the Texas-based company survived the year relatively unscathed.

Although TrackingPoint is now a financial success with an estimated worth of $250 million and recently received $29 million in series D financing, it was barely mentioned in mainstream media until around April 2013, but even then the company, which produces “smart” guns, was overshadowed by the archaic designs produced via 3D printers.

Last week’s rallying cry by the National Gun Violence Action Council for TrackingPoint to ban the sale of its products to civilians was the first major attack on the company, but nonetheless it provoked a standard 2A response: an attack on guns is an attack on freedom.

“We’re an American-made product. We stand with our customers and our community in protecting the right for law abiding Americans to own and operate intelligent rifles,” said Anson Gordon, a TrackingPoint spokesman.

TrackingPoint produces what it calls “Precision Guided Firearms,” which use a computerized scope to allow users with little to no skill to tag a target 1,000 yards out and direct a round to hit it. So NGVAC argues, in the wrong hands and “given the Sniper Rifle’s deadly accuracy, no one is safe.”

But in response to that sentiment, Gordon continued, “I think that it’s a very slippery slope (banning TrackingPoints). What firearm is next? What bullet or scope is next?”

“We think about the great innovators in our industry, from Mr. Smith, Mr. Remington, Mr. Colt, Mr. Wesson, Mr. Browning — you know — I think that they would all probably be turning over in their graves and would never stand for this sort of attack in their time,” he added.

While the company views the gesture as an attempt to limit innovations within the firearms industry, NGVAC would argue that it’s raising awareness on how technology could be applied.

Cliff Schecter, a public relations advisor for NGVAC, explained that lawmakers and the general public should understand what is safe domestic use of new technology so society can better regulate who has access to it.

“All new technology needs to be researched. Legislature — those who make laws for the benefit of the majority of us — need to understand the implications of new technology,” Schecter said.

However, to his knowledge, no lawmaker is currently addressing PGFs.