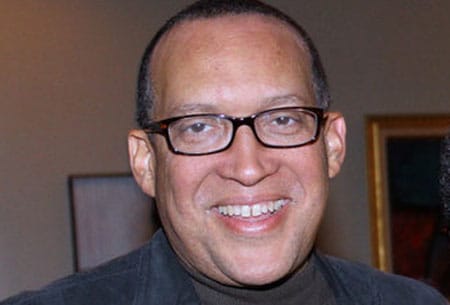 A 2012 traffic stop that led to the arrest of a legal gun owner for having three rifles in his car and having previously visited a bar was overturned in a federal lawsuit decided this week in Louisiana.

When Ernest Taylor left an area nightclub on the night of Oct. 13, 2012, he was pulled over by a trio of Baton Rouge Police Department officers who maintained he was driving without his headlights. After searching Taylor’s car, officers found three legally-owned rifles which led to the driver being charged under a little-known city ordinance for Possession of a Firearm Where Alcohol is Being Served, though he never brought the guns into the venue.

After a nearly two-year legal battle that led to the threatened firing of a city attorney and a federal lawsuit, a U.S. District Court judge found Monday in Taylor’s favor and ruled that Baton Rouge’s obscure law is unconstitutional.

“The Court declares that the City of Baton Rouge, Louisiana and East Baton Rouge Parish, Louisiana Code of Ordinances 13:95.3 unlawfully infringes upon the right of the Plaintiff and other citizens to keep and bear firearms, in violation of the Second Amendment,” wrote Chief Judge Brian A. Jackson of the U.S. District Court Middle District of Louisiana, a 2010 President Obama appointment, in his 20-page ruling entered Monday.

Under the ordinance, implemented in 1962, violators face up to six months in parish prison or a $500 fine, or both.

Jackson found that since the Baton Rouge ordinance banned firearms even in the parking lots of establishments where alcohol is served, it would make ordinary citizens who stopped at locations as benign as grocery or drug stores with firearms locked in their vehicles subject to arrest. The law was so broad, maintained the court, that it could also be interpreted as “rendering the sale of firearms at establishments like Wal-Mart a criminal act.”

The court therefore permanently enjoined the city from further enforcing the ordinance due to this.

Taylors’ firearms, a Yugo 59/66 SKS, a Hi-Point Carbine, and a .22-caliber rifle — since held as evidence in the proceedings since 2012 — were also ordered returned to the gun owner, who is not prohibited from possessing them. Taylor maintains in court documents that he told BRPD officers that the guns were legally owned and did not give permission to a search of his trunk where one of them was found.

“Defendants have created and/or maintained a policy whereby they enjoy unfettered discretion to deprive individuals of their constitutionally protected rights to keep and bear arms,” wrote Jackson.

The case has gained a bit of notoriety in the region as in the course of its trial several of the defendant’s legal team missed mandatory filing deadlines with the court. This act only narrowly avoided federal sanctions but did lead in part to East Baton Rouge Parish Attorney Mary Roper fighting for her job.

Meanwhile officials for the BRPD released a statement to WBRZ that said, “At the time of the arrest of Ernest Taylor, the ordinance was on the books … even though the judge has determined the ordinance to be unconstitutional, we have already had 13:95.3 repealed.”

A hearing to determine the amount of monetary damages due to Taylor by the City of Baton Rouge will be held on Oct. 23.