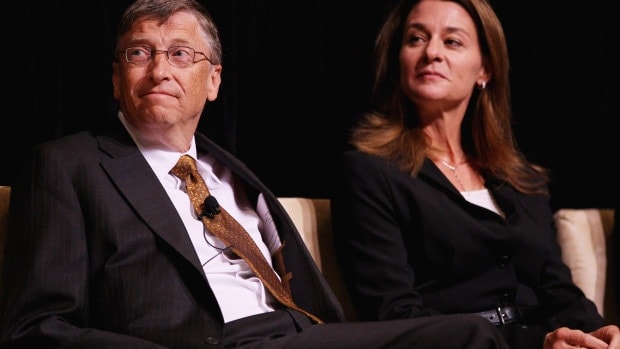 With literally millions of dollars’ of support pledged by prominent ex-Microsoft execs Bill Gates and Steve Balmer as well as Microsoft co-founder Paul Allen, the backers of Washington’s Initiative 594 now have $6 million to work with in the push to implement mandatory background checks for all gun transfers.

Called “the Gun Show Initiative,” I-594 would make private transfers illegal, only with exemptions for gifts within the family.

Bill and Melinda Gates have pledged $1 million, with Steve and Connie Balmer donating $580,000, according to CBS Seattle. These donations follow Allen’s donation of $500,000 to the cause.

Venture capitalist Nick Hanauer donated $1.4 million as well, with these tech stars contributing the bulk of the money in favor of instituting universal background checks.

Another initiative, 591, would prohibit Washington state from adopting any background check measures that go beyond federal law. Initiative 591 backers have raised about $1 million.

This initiative is very similar to the recent mandatory background check bill pushed into effect in Colorado last year, in a larger gun control package. That lead to the recall of two state senators including the senate president as well as the resignation of a third senator facing another recall.

With Colorado’s very recent history to draw from, even with their deep pockets, it may not be a clear victory for proponents of I-594, the background check bill just yet.