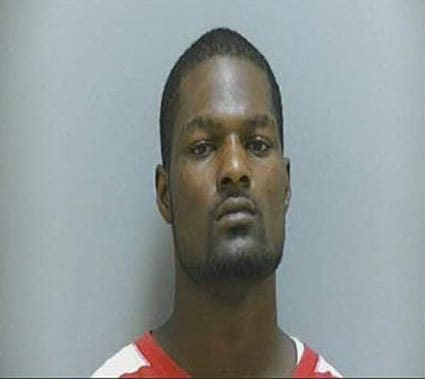 One man is dead and another behind bars following a violent home invasion in Darlington County, South Carolina, early Friday morning.

According to local media, two men, both armed with guns, forced their way into the rural home just after midnight. Upon entering the home, the men assaulted the residents inside. One of the men struck a female resident several times on the head and hit an 11-year-old boy multiple times in the face. The other man held a second woman at gunpoint, striking her on the head with his gun as well.

But unbeknownst to the intruders, there was another male resident asleep in a back bedroom of the home. The commotion woke the man, who then armed himself with a rifle before coming toward the front of the home.

The intruders exchanged gunfire with the homeowner, before shooting and killing the family dog as they ran off.

When authorities arrived, they found one of the suspects in a field about 75 yards from the house. He was pronounced dead at the scene and later identified as 25-year-old Marquis Benjamin.

Some time later, deputies found the second suspect, identified as Brandon Lunn, also 25 years old. He was arrested and is facing charges for criminal conspiracy, burglary first degree and three counts of assault and battery second degree. The investigation is ongoing and further charges against Lunn are pending.

Sheriff Wayne Byrd with the Darlington County Sheriff’s Office said he does not expect the homeowner to face any charges for the fatal shooting of Benjamin, because he acted in self-defense.

“It’s more a matter of defending yourself, defending your family. Providing for the protection of your own life and your own family’s life. And their well-being,” Byrd said, adding that this type of criminal activity is very uncommon for the area.

There is no word on the condition of the females and child who were assaulted during the ordeal.